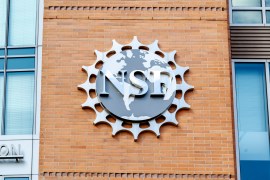 One of the most compelling developments of the Biden presidency has been the emergence of significant programs and policies targeted at helping places (and their residents) thrive, rather than people more generally. Proposed across numerous realms, “place-based” programs such as the Economic Development Administration’s Build Back Better Regional Challenge are encouraging bottom-up problem-solving in more and more places, even though the Senate blockage of the Build Back Better Act stymied multiple proposals last winter.

Now comes another impressive embrace of place-based policy—this one from the nation’s top driver of scientific progress and innovation, the National Science Foundation (NSF).

Last month, the NSF’s new, impact-oriented Directorate for Technology, Innovation and Partnerships announced that it would be providing select U.S. regions with up to $160 million over 10 years to strengthen their local innovation scenes, with a focus on regions that have not fully participated in the tech boom of the last few decades.

Branded the NSF Regional Innovation Engines program, the new initiative represents an especially serious effort to deploy place-based problem-solving against a major national challenge—in this case, lagging tech-oriented economic development and inclusive talent development in scores of locations that have been underserved for years.

What’s striking is the program’s urgency about improving the results of federal investment in innovation and entrepreneurship by leveraging the commercial synergies of local tech ecosystems more intentionally. Instead of just awarding millions of dollars in grants to support basic research in cloistered Research 1 universities, the NSF Regional Innovation Engines program seeks to produce “measurable societal impacts” and “tangible outcomes” by stimulating the latent innovation power of promising but underperforming local regions. That is, the NSF seeks to maximize the nation’s innovation by accelerating the rise of regional ecosystems in new places.

The program is noteworthy for the way it targets one of the key virtues of place-based strategies: the ability of bottom-up local trust and information flows to maximize and optimize the connection of relevant actors and activities.

In that vein, the program bets on the power of place-based problem-solving by challenging regions to advance a specific game plan to better align loosely connected actors and activities into a cohesive network of partners. Likewise, the NSF’s announcement stresses the importance for prospective regions to develop plans for enhancing that cohesion by cultivating a “culture of innovation” consisting of trust, diversity, risk-taking, and knowledge sharing. In other words, the NSF is betting on a growing body of literature—such as from Andrés Rodríguez-Pose and Marco Di Cataldo, Arnault Morisson, and Roberto Ezcurra—that sees place as a forum for improving the collaboration and governance that are crucial for improving innovation and inclusive growth.

In this regard, the NSF is pushing in the same important direction as the Economic Development Administration’s Build Back Better Regional Challenge as well as its $500 million Good Jobs Challenge, which is aimed at strengthening local skills training systems in particular places, with an emphasis on underserved communities.

Together, these programs represent an important recognition that tackling broad systemic problems—such as the nation’s stark economic divides—with smart action targeted on distinct places can deliver superior results. And the NSF Regional Innovation Engines program stands out as the latest in a series of compelling new federal initiatives that are testing the promise of place-based policy to address hard problems more robustly. By going local, the NSF is enlisting U.S. regions in working to grow the U.S. economy and train a diverse workforce for future high-wage jobs.

The Utility of Rural and Underserved Designations in Geospatial Assessments of Distance Traveled to...