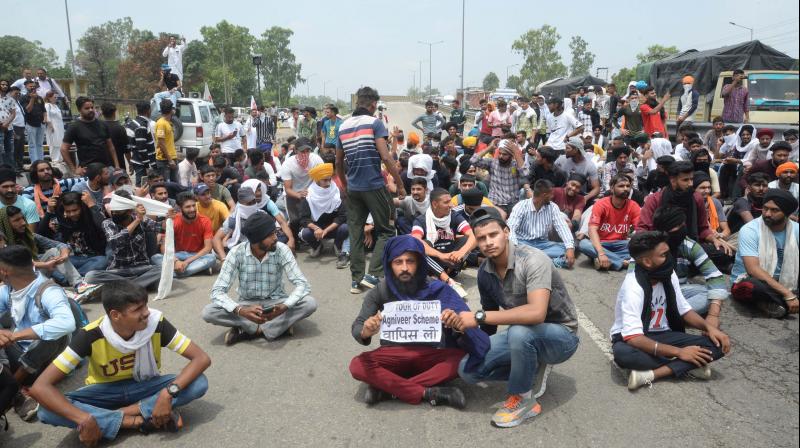 While granting conditional bail, the court said that each accused must give personal bond of `20,000 and two sureties.(PTI Photo)

Hyderabad: Justice K. Surender of Telangana High Court on Monday granted conditional bail to 16 protestors who were arrested for resorting to violence and vandalism during the agitation against the Agnipath military recruitment scheme.

The accused were arrested on June 18 by railway police and booked under various sections of the Indian Penal Code, Indian Railway Act and Prevention of Damage to Public Property Act .

T. Rajanikanth Reddy, counsel for the petitioners, said that most of the accused were in the 20-24 years age-group and were not involved in rioting. While granting conditional bail, the court said that each accused must give personal bond of Rs 20,000 and two sureties. All of them must appear before the police station concerned once week for six weeks.

The Royal Line of Succession: Who Is Next in Line for the British Throne After Queen Elizabeth II?

3 Best Travel Purses That Have Anti-Theft Protection Built In