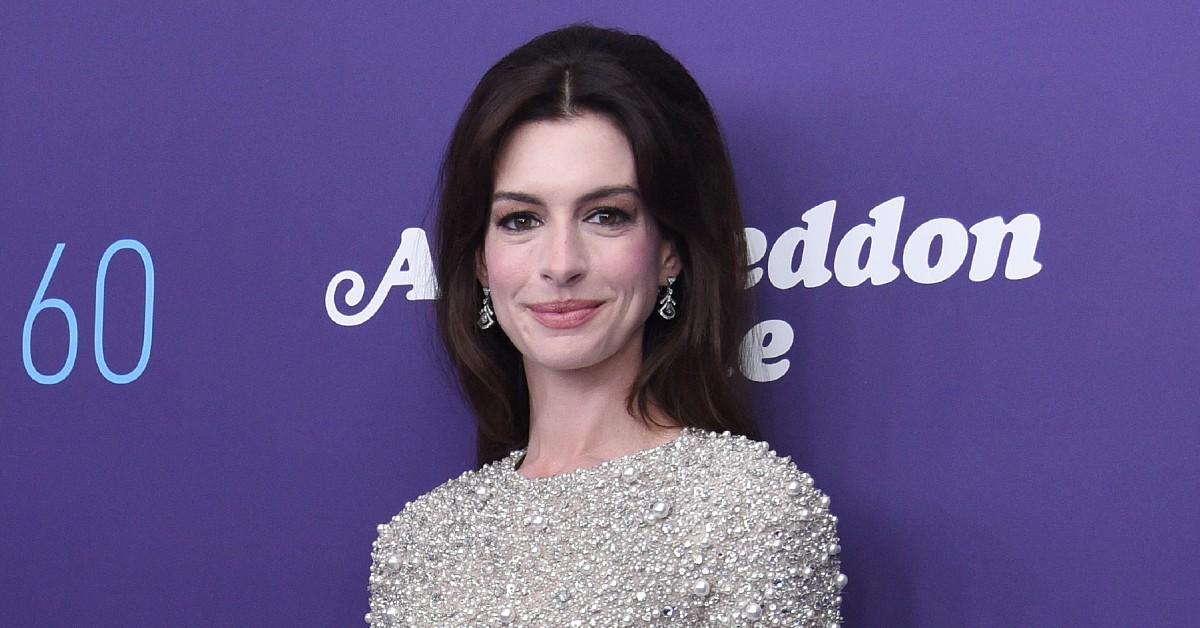 Is Anne Hathaway wearing th— the same outfit as her character in The Devil Wears Prada? Yeah, she is!

On Wednesday, October 12, the actress finally addressed her viral moment from last month’s New York Fashion Week, revealing that despite comparisons of her turtleneck and crocodile jacket to an outfit sported by her character, Andy Sachs, during the 2006 comedy, any similarities to the beloved fashion flick were purely coincidental.

“I wish that I was this clever,” Hathaway joked during the recent interview, referencing the look she wore to Michael Kors‘ spring/summer 2023 runway presentation. Making the resemblance even more uncanny, Hathaway was seated next to Vogue editor-in-chief Anna Wintour, who was long rumored to have served as the real-life inspiration behind Hathaway’s on-screen boss, fictional, no-nonsense magazine maven Miranda Priestly.

Jupiter Opens from the King Team at Rockefeller Center – WWD