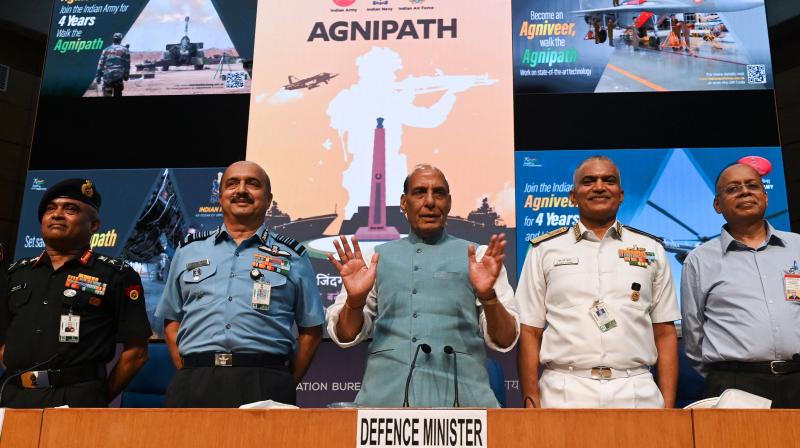 The Indian Army plans to recruit 40,000 soldiers under the Agnipath scheme in the current financial year in two batches.  Some 25,000 Agniveers will join in the first batch in December for training and in second batch around 15,000 will join in February 2023.

Indian Army will start recruitment rallies, for those who have registered themselves online, in the second week of August. The combined entry exams for the first batch will be held on October 16 and November 13. The first batch is expected to report to units after completion of training by July, 2023.

While the Indian Navy has started the online registration process on Friday, the application window will be open from July 15-30. The exams and physical tests will be held in mid-October. Navy plans to hire 3,000 Agniveers in the current financial year.

Indian Air Force (IAF) has already started recruitment process under the Agnipath scheme by opening the registration window on 24 June. Till now some three lakh candidates have registered themselves.

The online registration for air force is open till July 5.  The online exam for air force will be held between July 24-31. Provisional select list is expected to be out by December 1.

3D Printing in the Classroom