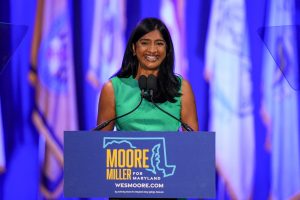 Indian-American woman Aruna Miller has became the first immigrant to hold the office of Lieutenant Governor in Maryland, Mid-Atlantic region of the United States. She stated that residents of Maryland chose Wes Moore as their Governor while she secured victory in the race to become Lieutenant Governor. Ms Miller, who is a former executive director of Indian American Impact, was endorsed by the organization, which supports Indian-American representation at every level of government. She also had the support and endorsement by important Indian-American organizations and people.

China’s rules for ‘deepfakes’ to take effect from Jan. 10

Garcelle Beauvais Is ‘Grateful’ To Have A Break From Filming ‘RHOBH’