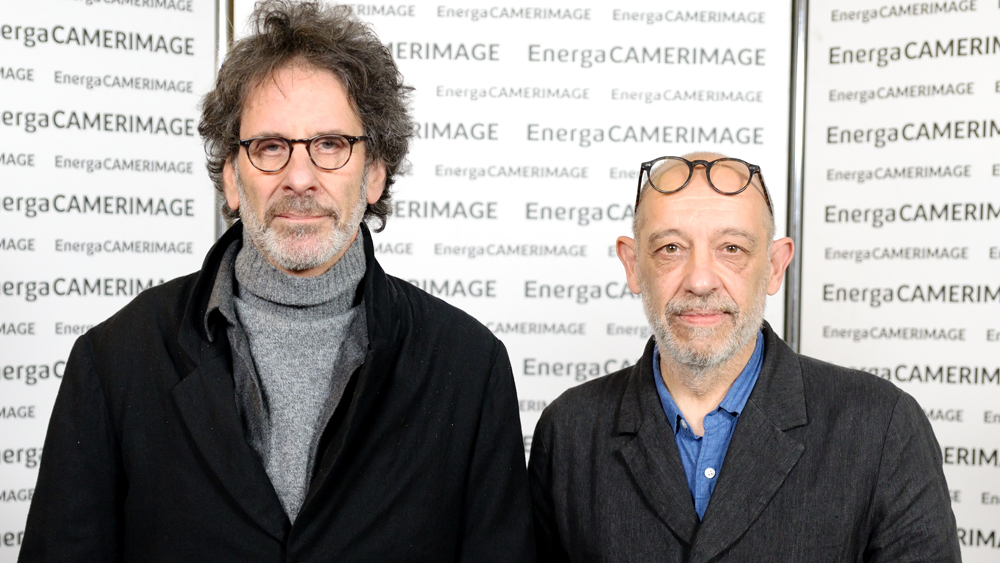 The 29th edition of the EnergaCamerimage Film Festival, one of the world’s leading events dedicated to cinematography, returned to fully live status Saturday amid tributes to the power of the image and an homage to the life and work of cinematographer Philippe Rousselot.

The DP for “A River Runs Through It” and “Dangerous Liaisons” commended his fellow cinematographers for work that transcends culture, border and languages.

Welcoming an audience made up of many of the most celebrated DPs working today, fest director Marek Zydowicz offered historical context at the Jordanki cultural center in the Gothic Polish city of Torun.

Pointing out that “after plagues come a renaissance in art,” he shared with the audience an image of the Beautiful Madonna of Torun, a revolutionary work of sculpture created amid the current of artistic expression that followed the plague of the 1300s.

And again, he told the audience, after the Spanish Flu of 1918 killed millions, the work of early cinema artists such as F.W. Murnau emerged with fantastical imagery as did the expressionist masterwork “The Cabinet of Dr. Caligari.”

As Camerimage returns to full scale, with 231 screenings and 82 talks scheduled through Nov. 20 following last year’s online-only event, a move forced by COVID-19 restrictions, Zydowicz pledged to continue celebrating cinematography “so that we moving forward from plague can likewise create art of lasting value.”

The fest’s opening film, Joel Coen’s “The Tragedy of Macbeth,” filmed by DP Bruno Delbonnel, made for a fitting screening as the duo introduced the Denzel Washington and Frances McDormand starring black-and-white film, and shared their inspirations for its stark and otherworldly imagery.

Delbonnel, who described his process for working with Coen as considering a series of “what if” questions, cited as inspiration the cinematography of Ingmar Bergman’s DP Gunnar Fischer. He and Coen added they wanted to avoid the trap of trying to contemporize the classic Shakespeare play or make it too realistic in adapting it to the screen.

Instead they agreed on imagery that wouldn’t look out of place in a Murnau film of the 1920s, embracing strangely blank, irregular battlements and fortifications for “Macbeth” that can’t be placed in any time period.

Creating lighting that does not match between cuts was another move away from creating a logical, relatable world, said Delbonnel, who described his job as more like “making music” than filming.

During the opening gala, the fest also honored cinematographer Mikolaj Syguda for his chilling work on the Bass Astral x Igo music video “Feeling Exactly,” a project that takes on mental health crises written and directed by Grajper.

Actor Haley Bennett, who starred in “The Girl on the Train” and “Hillbilly Elegy,” was also honored with the Camerimage New Generation acting prize and a Golden Frog, the top prize of the fest. In giving thanks, she described the relationship between actors and cinematographers as one “so intimate it colors every scene with a visual emotion that one could never express physically.”

British director Joe Wright (“Pride & Prejudice,” “Anna Karenina”), who leads the Camerimage main competition jury, said he felt honored to be among great cinematographers and was eager to begin seeing “many, many frames of beauty and vision and bravery and wonder.”

The festival also screened “Parallel Mothers,” directed by Pedro Almodóvar and with cinematography by José Luis Alcaine, at the opener.

Having first launched in Torun in 1993, Camerimage organizers and city and regional officials said its return to the city two years ago, after running in two other Polish locations, signified something to celebrate. The expected launch of the European Film Center in Torun in 2025 will be another benchmark, they said, announcing a model of the new facility is now on display at the fest.

Television Icon Betty White Dies at 99. Here Were Her The Majority Of Unforgettable Advertisements

Voters Are Revolting Against ‘Woke’ Education

Angelina Jolie Blows Off Question About Possible Flame The Weeknd During Interview After The...