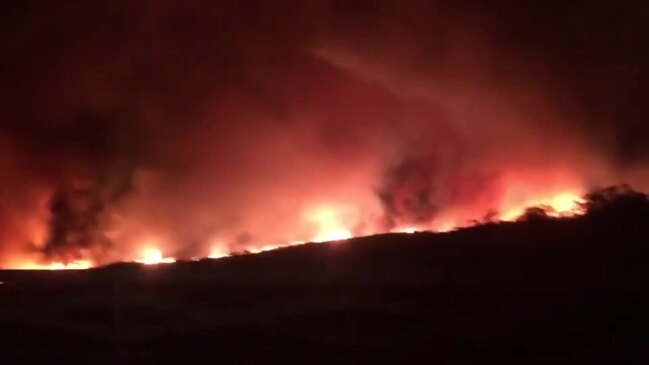 The deadly Fairview Fire burning in Riverside County, California, reached about 19,000 acres and was five percent contained on Thursday, September 8, according to Cal Fire. Footage posted to Twitter by user @brianhund shows the fire burning as smoke billows into the air, water being dropped on the fire and debris from the fire. Evacuation orders remained in place on September 8 for the fire, which has killed at least two people and destroyed several structures. Credit: @brianhund via Storyful