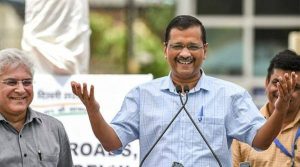 Following the Central government’s guideline advising against the usage of the word ‘Harijan’, the Delhi government is set to replace the word ‘Harijan’ from names of colonies & streets and name them after Babasaheb Ambedkar instead. In this vein, Social Welfare Minister Rajendra Pal Gautam has tabled a proposal to rename all streets and colonies under Delhi Government titled as ‘Harijan’ after Dr Ambedkar.

The Social Welfare Minister also chaired an important meeting in this regard with senior officials to expedite the process with officials from the concerned departments to act on the matter and issue a notification on the same. The Delhi Government strives to uplift the SC, ST, and OBC communities living in the national capital.

Important Takeaways For All Competitive Exams:

9th International Summer School for community and local development in Latin America and the...