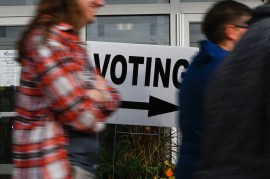 A wave of litigation over election issues has been filed in the months leading up to the 2022 midterms. These lawsuits, some of which have been filed by individuals or groups associated in varying levels with the election-denial movement, generally seek to circumscribe the methods by which citizens can vote or to challenge how state officials administer their elections.

The types of relief these lawsuits seek run the gamut from the minor to the disruptive. Some may, as we explain below, have the effect of suppressing the vote before November 8. Others appear more insidious, engineering disputes or injecting glitches into the system that may help fuel post-election conspiracies or spur misconduct as states move to certify the election results in the coming weeks.

Instigating mistrust and crisis are integral pieces of the election-denial movement’s apparent plan. A constellation of plaintiffs in the most closely divided states may be poised to use new and preexisting lawsuits—or appeal earlier decisions to different courts—to gum up the election certification process and sow doubt about the results.

In the 2020 post-election period the courts rejected dozens of these kinds of actions. We will see if that happens again. But in the meantime, a snapshot of the lawsuits currently moving through the courts offers a hint of what may come after the polls close.

2022: an unprecedented year for pre-election litigation

The volume of election-related litigation filed before this year’s midterms has no analogue in American history. Though election matters frequently end up in court, never before have so many lawsuits targeted an election before voting has ended—or in some cases even begun.

Of course, pre-election litigation is hardly unknown; it is so common that there is a Supreme Court doctrine, the “Purcell principle,” limiting it. But in previous similarly contentious election years, the greater share of litigation came after the vote. That was true, for example, in 2020, when a variety of plaintiffs went to court seeking forms of relief that would result in the reversal of the presidential election results. And in 2000, the Florida state lawsuits which were ultimately followed by the Supreme Court’s decision deciding the election in favor of George W. Bush weren’t filed until voting had ended.

In 2022, pre-election litigation has already outpaced 2020 by more than four-dozen filings by this time in the run-up to Election Day. Plaintiffs began filing lawsuits seemingly aimed at the midterms as early as this past June, and a stream of litigation has proliferated since then. In the last month alone, at least 20 related lawsuits have been filed across eight states.

Much of 2022’s pre-election litigation seeks to degrade voting access or disrupt election administration. Many lawsuits attempt to curb the conditions under which mail-in ballots may be accepted. Others take issue with how states conduct their elections. These legal efforts are underway in blue, red, and purple states alike from coast to coast.

The common themes across these lawsuits are easily discernible and track the priorities of election deniers as set forth in an earlier blog in this series. In Michigan, Arizona, New York, and other states, plaintiffs have sought tighter restrictions on voting via mail or absentee ballot, or on the times and dates by which such ballots may be postmarked to remain eligible for counting. In Illinois, Pennsylvania, Georgia, and others, election administration—the rules and procedures by which elections are run pre- and post-vote—have been targeted. Other litigation has taken aim at the rules governing poll workers, drop boxes, and early in-person voting.

Those pre-election cases that have already been decided are a mixed bag. Many have faltered—for example, a challenge to Michigan regulations governing acceptable conduct by poll observers was turned back; an effort to limit New York voters’ eligibility for absentee ballots failed. In the latter state, two recently decided cases upheld pandemic-inspired protections for voters who wish to vote via absentee ballot. An effort in Michigan to challenge how officials in the city of Flint were staffing the election also failed. And “vigilantes” were enjoined from voter intimidation at Arizona drop boxes.

Monday brought defeat for an issue that is a particular obsession of election deniers: hand counting ballots. As we explain in a previous post, election deniers push hand counts of ballots over machine counts—even though the former are more prone to errors. In Cochise County, Arizona, there was an effort to expand hand counting despite applicable legal limits. Litigation ensued and on Monday, the court issued an injunction prohibiting that outcome.

Other cases appear to have succeeded in hampering the election system. Courts struck down Delaware’s no-excuse absentee ballot statute and barred the use of drop boxes in Wisconsin. In Pennsylvania, a recent ruling instructs counties to separate and preserve absentee and mail-in ballots that omitted or misstated the date, but left room for those voters to correct their error. A lawsuit challenging restrictive absentee ballot rules in Virginia was dismissed.

Still, other lawsuits have created uncertainty about the mail-in ballot voting process. The Wisconsin Elections Commission (WEC) was prohibited from issuing guidelines allowing election officials to correct incomplete sections on absentee ballot witness certifications and to spoil a voter’s ballot upon their request to be replaced with a new ballot or in-person vote. (Spoiling is the process whereby an election official destroys an absentee ballot on account of it being incorrectly completed.)

The pre-election lawsuits described above portend a hectic and contested post-election period akin to the same period in 2020, stressing the nation’s legal and electoral institutions.

First, we can probably predict another set of election-denying “Kraken”-like lawsuits—ones with little to no legal merits and grounding in the facts.[1] In 2020, the “Kraken” lawsuits were used to stoke fear and conspiracy theories. Using lawsuits for those purposes continues to be a tactic election deniers are willing to exploit. One such suit was recently filed in Michigan, where the plaintiff sought to force all Detroit voters to either vote or obtain their absentee ballots in person. Though a judge has just dismissed the case, and we can expect courts to likewise dispose of many of these meritless suits quickly, the courts may not always act quickly enough to preempt chaos.

Indeed, these cases are worrying because they can become epicenters of election-denial conspiracy theories and disinformation. Former President Trump and his allies worked to create a facade of legitimacy for their baseless claims of mass voter fraud in 2020 by laundering those claims through legal filings. And even though the rule of law came down against almost all of them, a media frenzy propagating those conspiracies had already taken hold—the consequences of which include the continued insistence that the 2020 election was stolen.

In addition to the lawsuits mentioned above we are also likely to see hard-to-predict claims regarding small, human errors in election administration. We saw a hint of that in Wisconsin last week when four observers sued and one of the major political parties issued a press release regarding a dispute over obtaining a specifically designated, taped-off small space in a hallway in a clerk’s office. These are the sorts of garden-variety election disputes that before 2020 infrequently resulted in litigation. Now, they not only make it to the courthouse door in a matter of minutes but also become part of a communications strategy.

We can also expect a number of hard-fought cases over batches of votes that are claimed to be “defective” in some way or another. For example, we should expect teams of lawyers to closely inspect absentee ballots for any defect no matter how small and then to sue to have them tossed out because of that defect. Much of the pre-election litigation in Wisconsin and Pennsylvania has set up these types of lawsuits. For example, if a Wisconsin absentee ballot witness writes down their street address and zip code, but omits the name of the city, did they properly fill in their address? These lawsuits are likely to flourish in the event that any races are subject to recounts. At this point there are many close races and there will be heated fights around them.

It is also worth noting that recounts (or close elections) also may offer election deniers the opportunity to demand hand recounts or to attack integrity of voting machines, as they have been doing for the last two years. On the former, we can expect more efforts despite the loss that was just suffered in the Cochise County, Arizona case. On the latter, we have already seen a set of cases filed by voters in Georgia against Secretary of State Brad Raffensperger. And similar cases have been filed in Virginia, Minnesota, and Pennsylvania.

Conclusion: What lies ahead

It is difficult to predict the exact nature of the post-election litigation we may see. But there is no denying that the last six months have revealed an intense and ongoing program of legal attacks on all elements of voting and election administration. It is highly likely that the crest of the 2022 voting litigation wave is heading our way in the next month. In 2020, Trump and his election denier allies filed 64 cases and lost 63 of them. (The only success involved a de minimis number of votes and had nothing to do with the unfounded fraud claims.) Overall, the judicial system has been a bright spot with judges appointed or elected by both parties resisting most election denier nonsense. 2022 has already seen glimmers that this trend will continue. In the Arizona drop box case noted above, a Trump-appointed federal judge entered an injunction barring members of an organization which has propagated baseless claims of fraud in the 2020 election from surveilling and yelling at voters as they approached drop boxes. The case was a major victory for voting rights advocates. We will soon find out if that was a rare exception—or portended a trend.

[1] In a November 2020 interview with Fox Business News, attorney and Trump ally Sidney Powell stated that Trump’s legal team had accumulated evidence they would use to overturn the election results in certain states, explaining that she was “going to release the Kraken.” Powell, along with other Trump allies, went on to file lawsuits during the post-election period in Michigan, Georgia, Arizona, and Wisconsin–key battleground states—to challenge those states’ election results by baselessly alleging widespread voter fraud. Those challenges were not only all unsuccessful, but they were also scrutinized by federal judges in those states for their lack of reliable evidence and, as one federal judge in Georgia put it, “extraordinary” relief request. These lawsuits have since been referred to as the “Kraken” lawsuits.

More homes on the market in SA