Since 2003, the DGA has hosted Digital Day events dedicated to providing members with exclusive knowledge and hands-on access to innovations designed to enhance and improve productions. On Saturday, August 27, DGA members and guests returned to the Guild’s Los Angeles headquarters for Digital Day 2022: 20 Years of New Ways to Dream, a live and in-person event that featured the latest in Virtual Production, VFX and Cutting-Edge Production Tools. 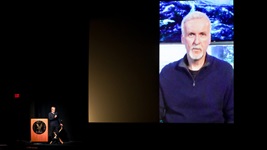 Live via video from New Zealand, visionary Director James Cameron shared his experiences bringing the sequel to his DGA Award-nominated feature Avatar, Avatar: The Way of Water to the big screen.

During a conversation moderated by Digital Day Subcommittee Co-Chair Randal Kleiser, Cameron spoke about working with virtual cameras on the project.

“The virtual camera sees not the actor, but it sees the character in the world,” said Cameron. “I use that in real time when I’m working with the actors to kind of frame the shot. I can zoom in. I can move around through a world space with the various controls on the system. But I also use it after the fact when the actors have gone on to another movie or gone home to do the actual final shot. We can see the actors. We can see their facial performances. We can see the world. We can play with the lighting. It’s a very creative process.” 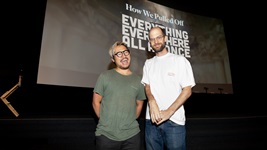 Pulling Off Everything Everywhere All On A Small Budget

Directors Daniel Kwan and Daniel Scheinert, collectively known as “Daniels,” discussed how a limited budget resulted in a creative use of special and visual effects for their comedic sci-fi action feature, Everything Everywhere All at Once.

During the presentation, the Daniels explained how their collaboration and details from their previous projects informed the filmmaking techniques they utilized in the making of their most recent film. 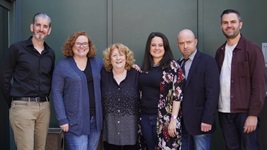 During the conversation, the panelists spoke about the prep that goes into shooting in an LED volume stage, collaborating with the director and other departments to streamline each day of shooting and the tools used to help creative teams prepare for virtual production. 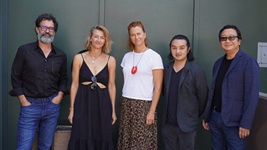 During the conversation, the panelists discussed their first encounters with virtual production, the experience of working in the volume as a guest Director and how flexible they found working with the technology given the pressures of a television shooting schedule. 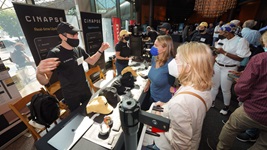 Video from this event coming soon to the gallery below.

About the Special Projects Committee

Special Projects is the educational and cultural arm of the Directors Guild of America, providing its members opportunities for creative exchange to advance their craft and celebrate the achievements of directors and their teams. The Committee is chaired by Director Jeremy Kagan. The Digital Day Subcommittee is chaired by Randal Kleiser with co-chairs Michael Goi and Susan Zwerman; and the Digital Day Subcommittee members are: Brian Frankish, Scott Rindenow, Oz Scott, Arthur Allan Seidelman and Jay Torres.

Inside the Luxury of Repair Where Handbags Get Primped, Polished and Perfected – WWD