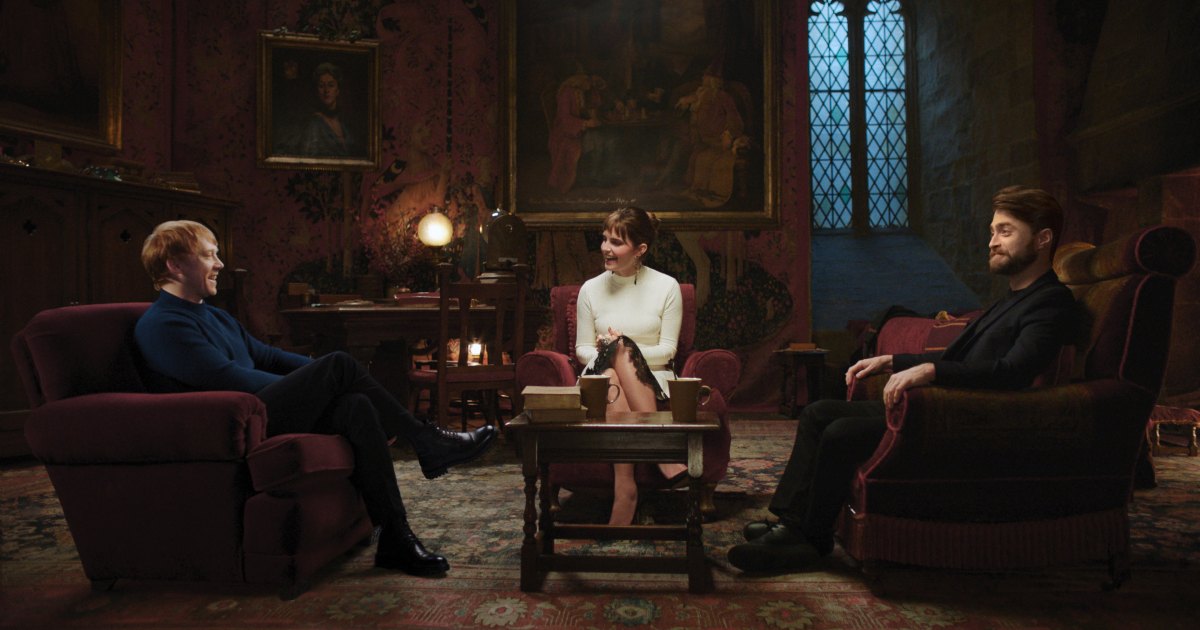 It’s back to school time for these witches and wizards! The Harry Potter cast will reunite in 2022 for a special to celebrate 20 years of Wizarding World movies.

Harry Potter 20th Anniversary: Return to Hogwarts is a retrospective special that will tell fans how Harry Potter and the Sorcerer’s Stone (or Philosopher’s Stone, to anyone across the pond) came to enchant viewers across the globe. The reunion will start streaming on HBO Max less than two months after the 20th anniversary of the film, which hit U.S. theaters on November 14, 2001.

Warner Bros. pulled the huge cast together for a New Year’s Day special, which is far more difficult than waving a wand from Ollivander’s. Daniel Radcliffe, Emma Watson and Rupert Grint will be joined by dozens of Potter alums, including Evanna Lynch. The Luna Lovegood actress, 30, predicted earlier this year that the studio would be the only one with the scheduling power to make a large-scale reunion happen.

“For reunions, it’s hard because everyone lives in different parts of the world now,” the Opposite of Butterfly Hunting author exclusively told Us Weekly in June. “There’s a few of them in L.A. and then a good lot of us in London. I believe Matthew [Lewis, who played Neville Longbottom] in Florida. But I do see some of them. … So there’s like mini reunions, but I think it would take a Warner Bros. operation to get everyone together.”

Watson, 30, wrote a lengthy message after she was confirmed to take part in the reunion, teasing that there was “lots to look forward to” in the special and sharing some memories of her time with the franchise.

“Harry Potter was my home, my family, my world and Hermione (still is) my favorite fictional character of all time,” Watson wrote via Instagram in November. “I think a journalist once said it was irritating how many times during an interview I mentioned how lucky I was and started counting… BUT I DAMN WELL KNEW!!! And still know.”

Like Lynch, the Little Women actress tries to keep in touch with her costars, appearing at mini reunions with Tom Felton (who played Draco Malfoy) and Bonnie Wright (who played Ginny Weasley).

She continued, “I am proud not just of what we as a group contributed as actors to the franchise but also as the children that became young adults that walked that path. I look at my fellow cast members now and I am just so proud of who everyone has become as people. I am proud we were kind to each other that we supported one another and that we held up something meaningful.”

Scroll down to find out everything we know about we know so far about the Harry Potter 20th Anniversary: Return to Hogwarts special:

Khloe Kardashian, Tristan Thompson Are In a ‘Unique Situation’ Post-Split

Xbox 20th Anniversary Celebration: Start Time and How to See the Livestream