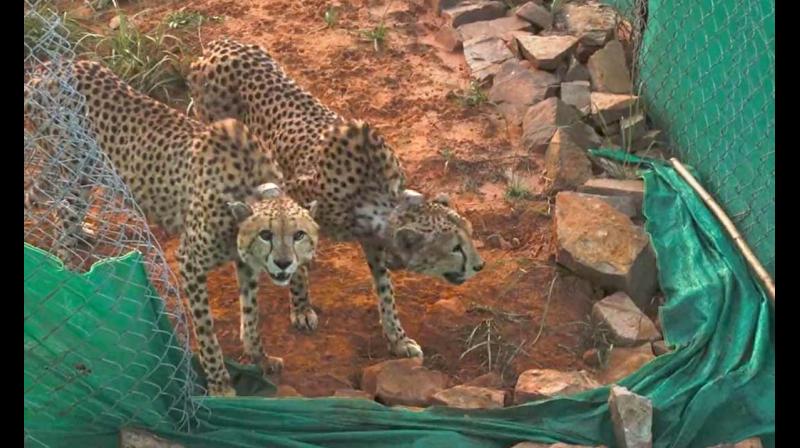 File photo of 2 cheetahs being released to a bigger enclosure for further adaptation to the habitat after the mandatory quarantine, at Kuno National Park, in Sheopur district. (Photo: PTI)

SHEOPUR: Two male cheetahs brought from Namibia to the Kuno National Park in Madhya Pradesh, have made their first kill within 24 hours of their release from to a larger enclosure, an official said.

The cheetahs hunted down a cheetal (spotted deer) either on Sunday night or in the wee hours of Monday, the official said.

Conquer Your New Year’s Goals With These Fitness Deals!

This was their first prey after their translocation from Namibia to India in mid-September along with six other cheetahs, the official said.

The cheetahs – Freddie and Elton – were the first pair to be released into the larger enclosure on November 5 after being quarantined since September 17.

Jeff Bezos' Girlfriend Lauren Sánchez Plans To Go To Space In 2023 Alongside 'A...

Christine Did the Family a ‘Favor’ by Leaving