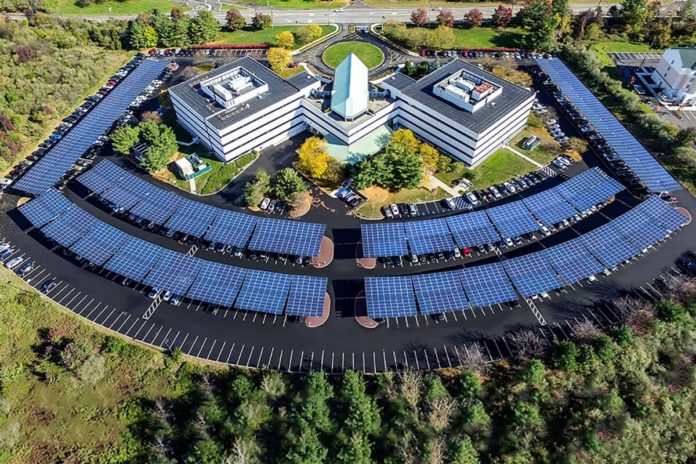 Against the backdrop of a complicated chain of geopolitical trade events, there’s a simple conclusion to draw for local solar energy purveyors: Their utility-scale projects have fallen off.

In just the latest governmental action to affect the oft-temperamental costs associated with solar projects, a federal move to address countries suspected of circumventing tariffs imposed on solar cells from China sent the market into what solar expert Thomas Loredo called a “tailspin.”

“The prospect of a tariff being imposed really hurt the industry,” he said. “It made the availability of modules scarcer. It drove up price points. And it actually had a big enough impact on utility-scale projects that many actually were canceled.”

The amount of utility-scale solar being deployed in the second quarter of this year was about 25% diminished from what it was the year before, according to a September report from the Solar Energy Industries Association and research group Wood Mackenzie.

Loredo, a senior vice president at Hawthorne-based Pfister Energy, which develops utility-scale solar projects, said there’s been some relief for his sector offered since. In June, President Joe Biden suspended anti-dumping duties that could be levied on imported solar components from Cambodia, Malaysia, Thailand and Vietnam in an effort to accelerate solar projects.

Solar cells and panels imported from those Southeast Asian countries became the subject of a U.S. Department of Commerce investigation after it was alleged that products coming through those countries were circumventing tariffs that would have to be paid if they came directly from China. The U.S. has been collecting countervailing and anti-dumping duties on Chinese solar imports for the past decade.

Algorand’s current market standing could have investors eyeing ALGO because…

All’s well that ends well? Not quite.

“The 30-50% price increase we’ve seen hasn’t reduced,” Loredo said. “We used to buy panels in the low 30-cents-per-watt range. Now it’s around the 40-cent-per-watt range. The availability is there, more than it was, but the prices are still higher than they were.”

Solar Energy Industries Association and Wood Mackenzie’s September industry report noted a slight uptick in utility-scale solar projects from the start of the year. But the full effect of the temporary safe harbor the federal government introduced might not be felt immediately.

Meanwhile, Loredo does see some sunlight breaking through the clouds in another way.

One of the provisions of the Inflation Reduction Act of 2022 was a 10-year extension of the Investment Tax Credit, which was credited with growing adoption of solar energy to begin with. The bill provides a credit at 30% of the cost of installed solar equipment, with additional benefits for the project’s location or the use of domestic products.

Especially with the conundrum imported solar components have put the sector in, Loredo said the next few years will have more of the industry’s manufacturing brought stateside.