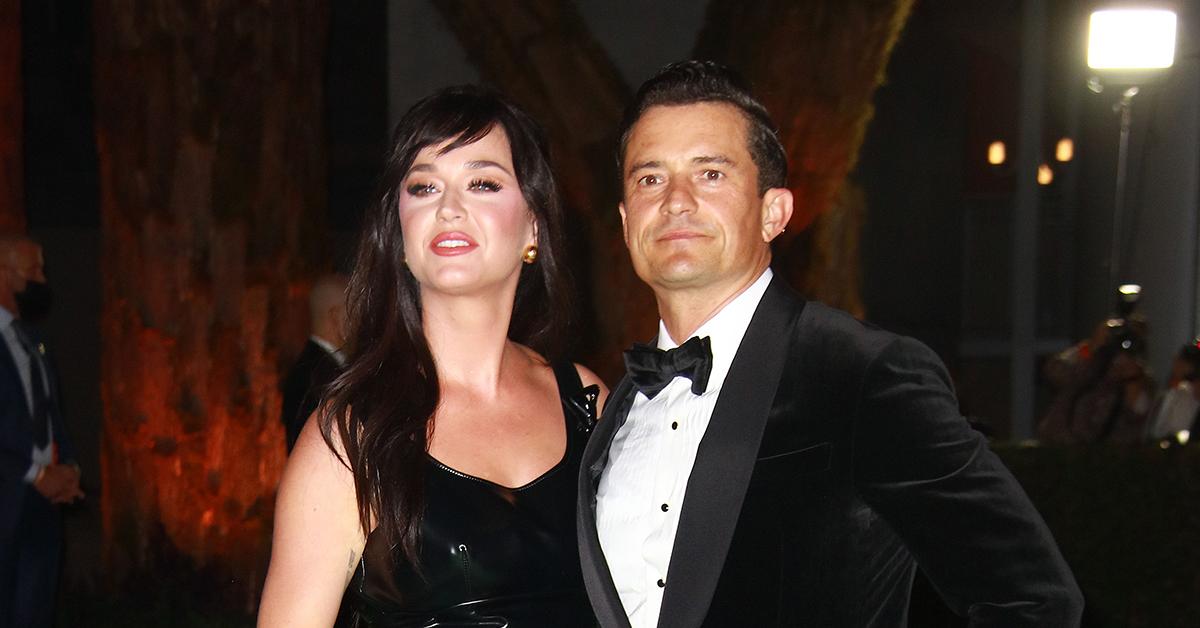 Perry met her first husband, English comic Russell Brand, after filming a steamy scene for the actor’s 2010 comedy, Get Him To The Greek. The pair took their romance offscreen, dating for four months before announcing their engagement in January 2010. Perry and Brand said “I Do” in a ceremony in India the following October.

Despite their whirlwind relationship, the pair’s marriage was short-lived. In December 2011, Brand revealed he and Perry called it quits after roughly 14 months as husband and wife.

“Sadly, Katy and I are ending our marriage,” Brand told Us Weekly at the time, adding that despite their split, he would “always adore” his ex-wife, adding that he felt confident they’d “remain friends.”

Roughly a decade later, Perry would compare their brief marriage to a “tornado.”

“I was having great success at 23, 24, and 25 and then I met someone that was interesting and stimulating,” she told 60 Minutes Australia in 2020. “It was everything happening at once.”

Pregnant Montana Yao, Malik Beasley Back Together After Split