Is Timothée Chalamet a Movie Star? Or Just the Coolest Actor in the Desert? (Column) 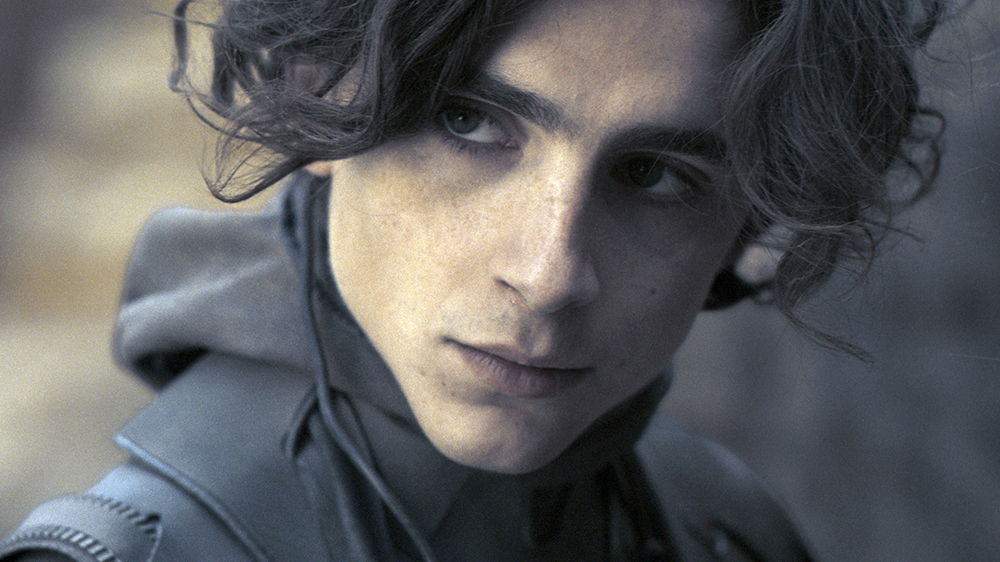 Quick, which of the following describes Timothée Chalamet? He’s the brightest male star of his generation. He’s an actor who has been in a handful of independent hits (“Call Me by Your Name,” “Lady Bird”) but has never, on his own, in the classic sense, truly opened a movie. He’s a clothes horse with a futuristically surreal Haider-Ackermann-meets-Gustav-Klimt fashion sense — suits of fuschia, metallic silver and hot-flowers-on-black, tucked-in sweat pants, the electric-blue-silk-pajamas look — that’s upending and redefining masculine style. He’s a vintage Hollywood actor-as-power-player with 20-20 feelers who knows how to say the right thing. He’s a mold-breaking millennial with a witty sense of his own idiosyncrasy. He looks like a stringbean computer hacker. He looks like a more glamorous Daniel Day-Lewis. His future is… who knows?

In truth, every one of those statements describes Timothée Chalamet. So does that make him a walking contradiction? Not at all. But it makes him an actor who both complements and contradicts his era — or, more to the point, is contradicted by it.

By which I mean this: Imagine that Chalamet had come along 30 years ago. His star trajectory — the kinds of movies he’d be acting in, the kind of movie star he’d want to become — would probably be a lot more clearly delineated than it is today. We’re now, after all, in the post-movie-star age. Or, at least, in an era that doesn’t exactly mint movie stars. Instead, it mints people who come up in franchise films and can seem, for a moment, like stars, until that moment passes and, just like that, they’re no longer at the center of things. That’s not a comment on the actors or their talent; and it’s not to suggest that fame itself has become fleeting. Once you’re famous, you tend to stay famous. But sustaining stardom is more of a balancing act than it once was, which is why Timothée Chalemet can seem like a very big star and, at the same time, like someone who’s still waiting for the movie that will put him over the top.

According to the logic of 21st-century franchise film culture, “Dune” was supposed to be that movie. And maybe it is. But it’s getting harder to read the tea leaves on this stuff. Is “Dune” a hit? Its box office numbers are being spun as just-good-enough-to-get-by (with its simultaneous opening on HBO Max offered as a kind of get-out-of-underperforming-jail-free card), though in the world as we’ve known it for decades, a second weekend take of $15.5 million for a movie as gargantuan as “Dune” doesn’t exactly sound like a champagne number.

If Chalament were great in the film, it wouldn’t matter how well it’s doing. And he’s certainly not bad in it. But to me, and I say this as a major Timothée Chalamet fan, I think he gets a little lost in it. He’s there at the center of the action, looking like Edward Scissorhands’ red carpet brother in his mop of curly hair and black-leather armor suit, but for much of “Dune” it’s hard to know what, exactly, we’re rooting for him to do. Defeat his enemies, yes, and survive, yes, but what is Paul Atreides’ quest? The character’s messianic trappings don’t feel like they emerge from someplace deep within Chalamet himself, who comes off as stoic and rather placid for all the sand and tumult that’s swirling around him.

There’s a grandeur to “Dune” that makes it a nice pedestal for Chalamet’s beautiful boy cerebral magnetism. But there’s a fuzziness to the movie, a “Star Wars”-goes-to-the-art-house meditative quality that doesn’t do Chalamet any favors as an actor. I thought he had more force and heroic energy a couple of years ago in “The King” (2019), a neo-Shakespearian royal-court historical-political swashbuckler in which he invested the young man who would be the king of England with a neurasthenic-rock-star allure. In that movie he had the X factor. Which means that he’ll have it again. (You can’t fake the X factor.) But I’m not sure he totally has it in “Dune.” With its sequel now greenlit and set to be released in two years, “Dune” feels like a lavishly scaled way station for Chalamet. It counts, in effect, as his prestige version of a comic book movie, his way of playing the blockbuster game, and maybe that’s why he can’t quite be the star you want him to be in it. The only real star of “Dune” is “Dune”: the world-building, the austerely majestic sci-fi desolation.

Yet we shouldn’t forget that Timothée Chalamet, at his best, is a splendid actor who seems as if he can do just about anything. He’s 25 years old, and out of the little over a dozen films he’s appeared in, he’s been captivating in a striking array of roles. In 2017, having loved the wily sensitivity of his performance as a delicate soul caught up in the passion and danger of a true — and forbidden — love affair in “Call Me by Your Name,” I was jolted to see how brilliantly he played a callous high-school Lothario in “Lady Bird.” “Beautiful Boy” was a flawed addiction drama, but there was something fearless about how Chalamet put the character’s destructive narcissism right out there. And if you watch him in the middle segment of “The French Dispatch,” where he plays a wispy-mustached student leader caught up in the swirl of Wes Anderson’s time-machine-on-happy-pills flight-of-fancy version of the college uprising that kicked off the events of May, 1968 in Paris, you see his wittiness as an actor. He’s the student “revolutionary” as bourgeois hobbyist, and the most whimsical of erotic adventurers.

What Chalamet has to find now is a role he merges with that draws on his qualities as — warning! possibly dated phrase coming — a leading man. His performance in “Little Women” was a stepping stone to that, but Greta Gerwig’s movie was an ensemble piece, and it wasn’t exactly focused on him. Chalamet needs a movie that does for him what “Titanic” did for Leonardo DiCaprio or “Fight Club” and “Ocean’s Eleven” did for Brad Pitt: define him as an alpha star — someone who turns every scene into a vehicle for his mystique.

Maybe “Wonka,” coming in 2023, will be that movie. (I’m not holding my breath about “Dune II: More Sand.”) One thing I predict is that Chalamet, in the next five years, is going to undergo an evolution of look that will elevate his screen presence. Right now he’s an extraordinary camera subject but with an undeniably boyish aspect. Nothing wrong with that. But when he gains a bit of facial ruggedness and fills out a bit, I think it’s going to seriously deepen his glamour. Brad Pitt didn’t become a star until his late 20s, and Daniel Day-Lewis didn’t fully become Daniel Day-Lewis until his early 30s. Chalamet could turn out to be the biggest male movie star since Pitt, but the trap he needs to avoid is that of a certain too-cool-for-school passivity. Great movie performances are about actors who seize the day with every fiber of their being. Chalamet is still playing young men who things happen to. He’ll ascend when he plays the one who makes it happen.