Saucy moment Jacqui Lambie FLIRTS with Karl Stefanovic about her ‘risque’ political party merch: ‘I’ll have to show you that off camera’

Jacqui Lambie has cheekily suggested she has some ‘risque’ merchandise on offer in a flirty exchange with Karl Stefanovic.

The MP was proudly showing off her party’s merch while out in freezing temperatures in New Norfolk, Tasmania early on Tuesday morning.

While speaking to the Today Show host, Ms Lambie said supporters of the Jacquie Lambie Network can purchase t-shirts, hoodies, hats and stickers with her name on them.

Stefanovic then joked: ‘I find it hard to believe you don’t have anything risque in your merch catalogue.’

‘I do Karl. I’ll have to show you that off camera… You won’t be able to hold yourself mate. You have to calm down a little bit,’ Ms Lambie replied.

‘Don’t get too excited.’

As Stefanovic attempted to use his sheets of paper to cool himself down, Ms Lambie added ‘not that you can get too risque when it’s minus ten out here.’

Ms Lambie earlier admitted she made ‘bugger all money’ from her merchandise.

‘It’s all about putting the Jacqui Lambie Network out there and hopefully people vote for us,’ she added. 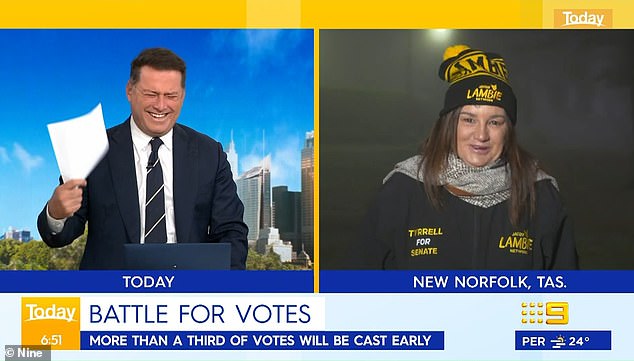 Her catalogue features caps, beanies, shirts and hoodies all with her party’s name splashed across it.

One bizarre addition is a print which depicts Ms Lambie as a bikini-clad Princess Leia type figure, strangling what appears to be Clive Palmer mixed with Jabba the Hutt with chains.

The original painting, done by Lindsay Spears, reportedly costs $2.5million but prints come in at a more reasonable $30.

She also sells mugs with the caption ‘cop this ya mug’ and shirts with the slogan ‘be a god damn bloody adult’. 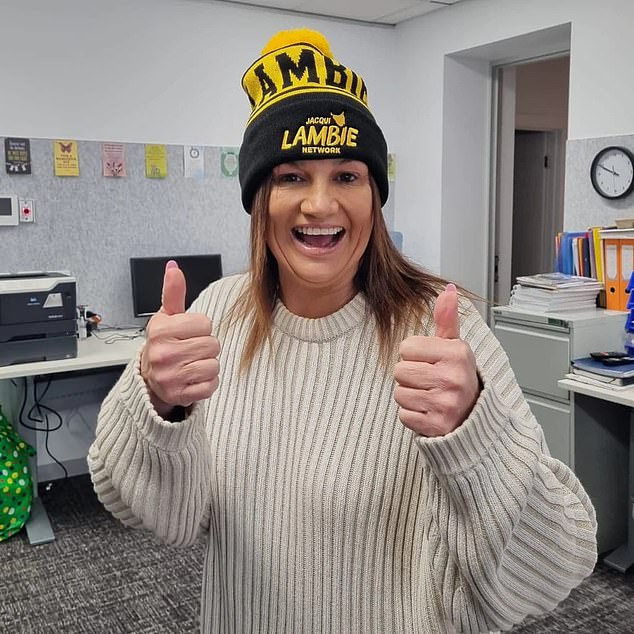 Celebrates on the 21st of May

Normani Shows Off Her ~Wild Side~ In These Braless Photos: See the Singer’s Hottest...

Celebrates on the 21st of May