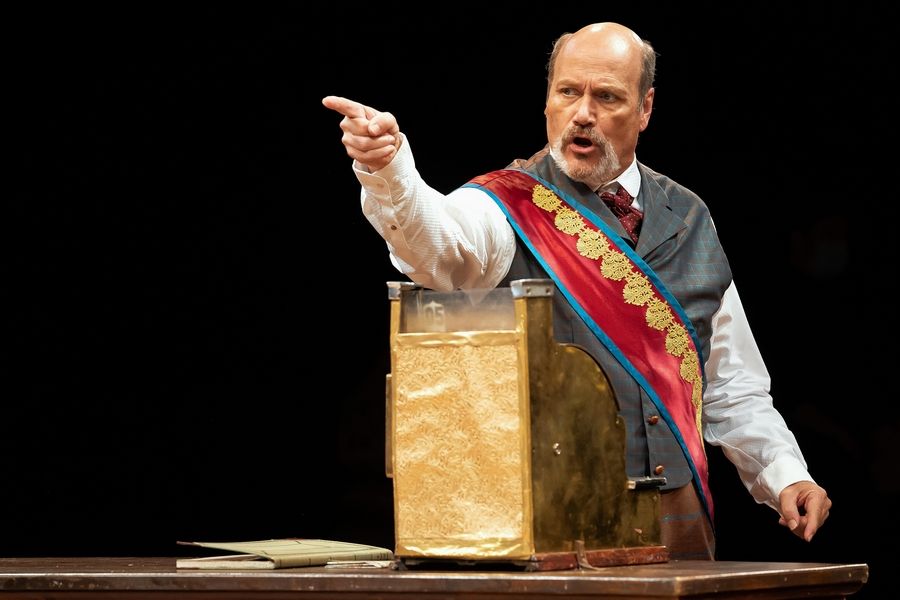 The publicist offered to exchange my tickets for a different performance. I declined, confident the Lincolnshire theater and the show’s leading lady Heidi Kettenring — a lovely singer and first-rate actress — would deliver.

They did. Thursday’s opening was a richly sung, exuberantly danced revival that has more laughs than I recall in previous revivals, with the exception of Stratford Shakespeare Festival’s stellar 2012 production of Thornton Wilder’s “The Matchmaker,” the play on which the Jerry Herman/Michael Stewart musical is based. 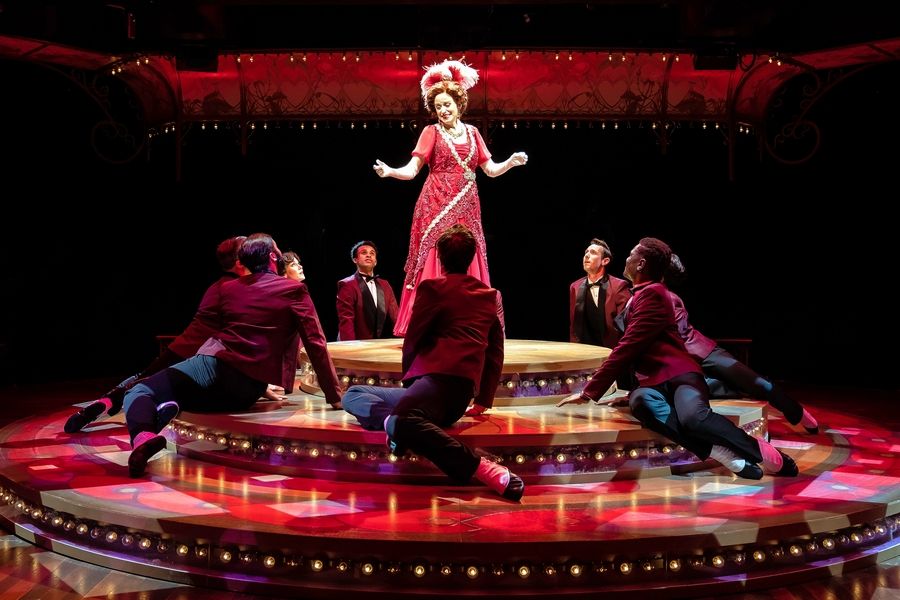 Dolly, who intends to marry Horace herself and circulate his money like rainwater, recommended widowed milliner Irene Molloy (Rebecca Hurd), of New York City, who Horace sets off to woo with a box of chocolate-covered nuts. 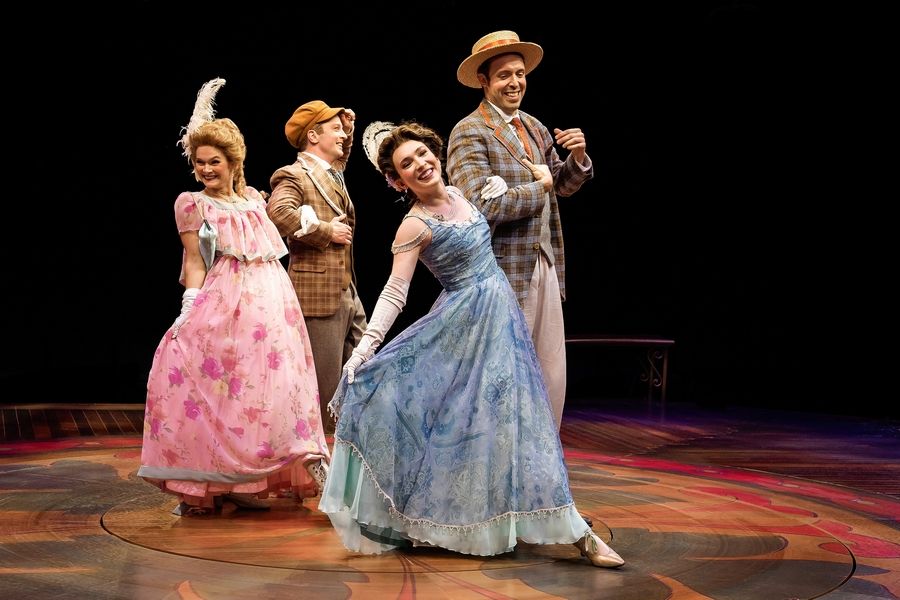 In his absence, store clerks Cornelius (Alex Goodrich) and Barnaby (Spencer Davis Milford) embark on their own much-needed holiday (the utterly charming “Put on Your Sunday Clothes”). Arriving in the city, they encounter Irene and her chatty assistant Minnie Fay (Amanda Walker) at Irene’s hat shop where Horace’s arrival sends the men scurrying in a delightful display of slapstick, which finds the women attempting to hide them from their boss.

More comedic frenzy takes place in the second act, which unfolds at the Harmonia Gardens. It begins with the marvelously choreographed and exuberantly performed “Waiters’ Gallop.” A riotous number incorporating ballet and gymnastics, it precedes the titular tune marking Dolly’s long-awaited return, which Kettenring and company perform flawlessly, sans staircase. The comic mayhem ends following an uproarious polka contest, with everyone arrested save Dolly, who serves as their defense counsel, but only after finishing her meal, a bit of comic business Kettenring clearly savors. 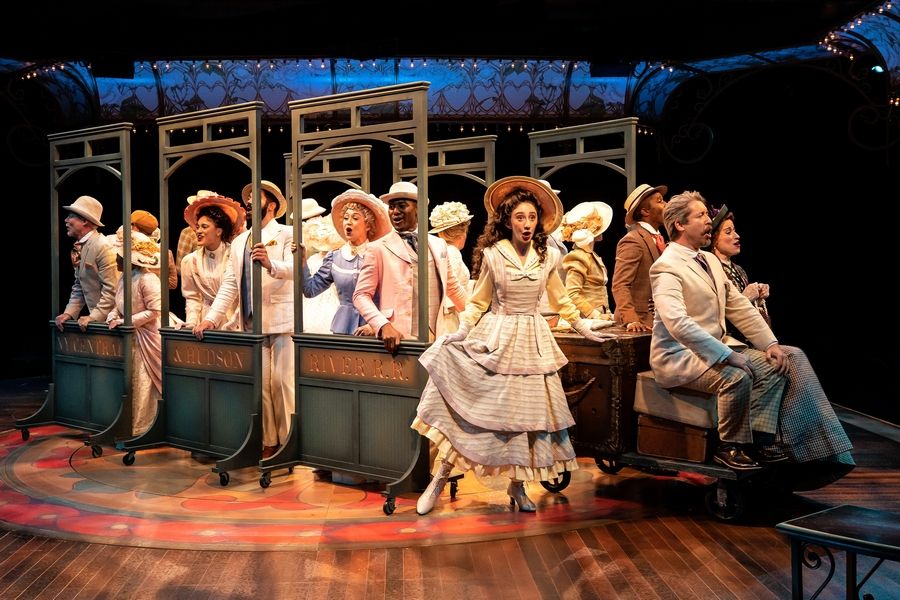 But there’s more to this tuneful, big-hearted show, which centers around characters who’ve lost their beloved spouses but are determined to find happiness again before the parade passes them by. That sentiment, which Kettenring triumphantly proclaims in the showstopping “Before the Parade Passes By” is one worth repeating, no hydraulics needed.

Parking: In the lot

Rating: For all ages