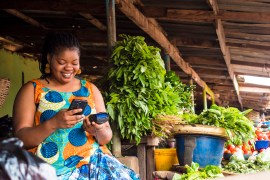 What would Abed say? I often find myself asking this question these days, having authored a new biography of the late founder of BRAC, Hope Over Fate: Fazle Hasan Abed and the Science of Ending Global Poverty. The book is not just a biography of a remarkable man (with whom I was privileged to work closely), but also the biography of an idea: That hope itself has the power to help people break out of the poverty trap. Though it was only published last month, I wrote most of the book prior to Abed’s death in late 2019. (He asked that I complete it while he was still alive, so that he could, in his words, “read it on my deathbed.”)

Even those who prefer hiding under rocks cannot fail to notice how much the world has changed since 2019. When Abed died in December of that year, just months after being diagnosed with terminal brain cancer, I had also just co-authored a chapter on “Breaking Out of the Poverty Trap” in Leave No One Behind: Time for Specifics on the Sustainable Development Goals. The chapter suggested that the global extreme poverty rate would become increasingly hard to budge without programs tailored to the unique challenges faced by the world’s most vulnerable people. The rise in optimism earlier in the decade that we might remove extreme from the face of the earth was already waning. As Jim Yong Kim, then-president of the World Bank, wrote in 2018: “To reach our goal of bringing extreme poverty below 3 percent by 2030, the world’s poorest countries will have to grow at rates that far surpass their historical experience.” The COVID-19 pandemic dealt a huge blow to an agenda already at risk of faltering; the Ukraine war and its threat to food security, coupled with the climate crisis, do not exactly engender hope, either.

In my book, I draw a line between Abed’s early work in Bangladesh, based on the Marxist-influenced critical pedagogy of Paulo Freire, and current research on the power of hope, which is grounded in economic research suggesting that activating people’s self-confidence—that is, giving them hope that a better world is possible, and that they themselves have the power to bring it about—can lead to material improvements that cannot be accounted for by anything else, be it cash transfers, training, or gifts of goats or chickens. When one meets a woman like Shahida Begum, who performed backbreaking work carrying mud for pennies per day before becoming a professional goat rearer through a BRAC “graduation” program, one cannot help but notice her self-confidence, even swagger. Common sense may suggest this confidence arose from the material improvement to her life. Research suggests the casuality might actually flow in the opposite direction: It was her newfound confidence that led her to rise from poverty.

Many BRAC programs—and, increasingly, other evidence-based interventions—rely on boosting people’s confidence and vision for the future to help them navigate a path out of poverty. The graduation approach used with Shahida Begum depends on participants receiving regular coaching from staff to boost confidence and help translate their vision of a poverty-free future into realistic steps. BRAC’s girls empowerment program in Africa, Empowerment and Livelihood for Adolescents, relies partly on teaching girls and young women the socio-emotional “soft skills” that are so vital to a flourishing adulthood. Multiple randomized controlled trials (RCTs) demonstrate the program’s effectiveness, including a village-wide 48 percent increase in income generation, driven almost entirely by greater self-employment. An RCT on a training program for entrepreneurs in Togo—not a BRAC program, but one certainly based on the science of hope—shows that a novel entrepreneurial training program that relies on psychological mechanisms to boost personal initiative actually beats more traditional business training in terms of increasing sales and profits.

Abed called this “the science of hope.” To be sure, hope alone will not put food on the table, which is why Abed ventured into services like microfinance and healthcare, rather than sticking just to Freirean consciousness-raising, as some of his early colleagues wanted him to do.

Abed died in December 2019, just months before the coronavirus outbreak changed much of life as we know it. One cannot help but wonder what he would make of the world today had he lived to see it. Abed would have retained his optimism. There was fear, early in the pandemic, that COVID-19 would erase decades of gains in the fight to eradicate poverty. Current projections are more optimistic, if spotty; global poverty has resumed its pre-pandemic downward trajectory, though poverty in Africa is rising again. Abed would likely point out that people struggling with poverty, especially women, tend to have more resilience than we often imagine, and far more than richer folk in general. He would urge us to work hard to keep the “Leave No One Behind” agenda alive, for he did not have much patience for historical certainties, least of all the end of extreme poverty. But he would do so not out of a growing sense of despair, but due to his conviction that hope itself can help us build a better world.