Blistering crop-withering temperatures that also risk the health of agricultural workers could threaten swathes of global food production by 2045 as the world warms, an industry analysis said yesterday.

Climate change is already stoking heat waves and other extreme weather events across the world, with hot spells from India to Europe this year expected to hit crop yields.

Temperature spikes are causing mounting concern for health, particularly for those working outside in sweltering conditions, which is especially dangerous when humidity levels are high. 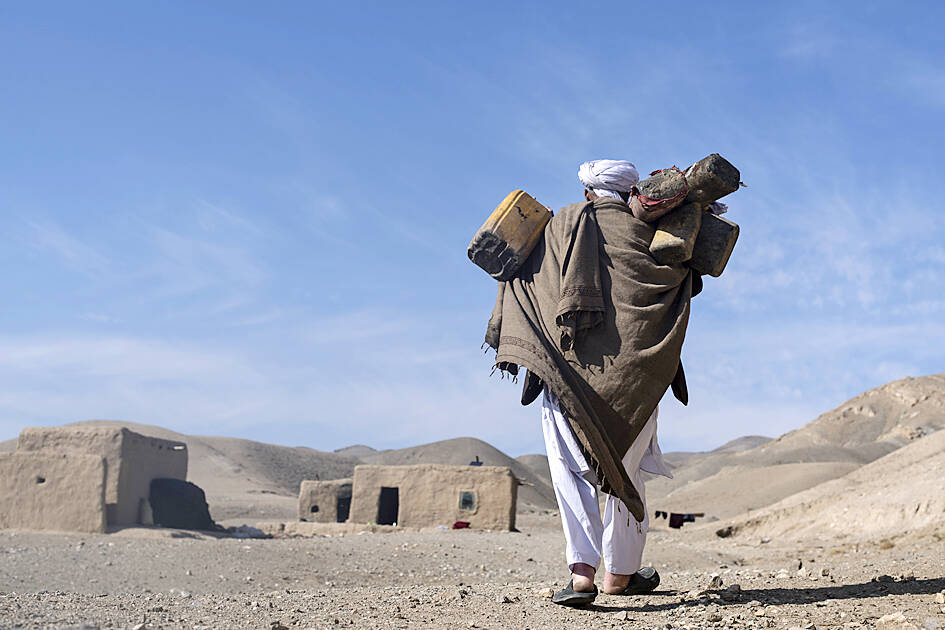 The latest assessment by risk company Verisk Maplecroft brings those two threats together to calculate that heat stress already poses an “extreme risk” to agriculture in 20 countries, including agricultural giant India.

However, the coming decades are expected to expand the threat to 64 nations by 2045 — representing 71 percent of current global food production — including major economies China, Brazil and the US.

“With the rise in global temperatures and rise in global heat stress, we’re going to see crops in more temperate countries as well start being affected by this,” said Will Nichols, head of climate and resilience at Verisk Maplecroft.

Rice is particularly at risk, the assessment said, with other crops such as cocoa and even tomatoes also singled out as of concern.

Verisk Maplecroft’s new heat stress dataset, using global temperature data from the British Met Office, feeds into its wider risk assessments of countries around the world. It is based on a worst-case emissions scenario leading to about 2°C of warming above pre-industrial levels as soon as 2045.

However, the authors also said that in projections to the middle of the century, even scenarios that assume higher levels of carbon-cutting action could still result in temperature increases nearing 2°C.

India — responsible for 12 percent of global food production in 2020 and heavily reliant on outdoor labor productivity — is already rated as at extreme risk, the only major agricultural nation in that category at current temperatures.

“There’s a very real worry that people in rural areas, which are obviously highly dependent on agriculture, are going to be much more vulnerable to these kinds of heat events going forward,” Nichols said.

That could impact productivity and in turn exports — and have potentially “cascading” knock-on effects on issues such as the country’s credit rating and even political stability, he said.

Nine of the top 10 countries affected in 2045 are in Africa, with Ghana, the world’s second-largest cocoa producer, as well as Togo and the Central African Republic receiving the worst possible risk score.

The top 20 at-risk countries in the coming decades include key Southeast Asian rice exporters Cambodia, Thailand and Vietnam, the authors said, adding that rice farmers in central Vietnam have already taken to working at night to avoid the high temperatures.

The assessment highlights that major economies such as the US and China could also see extreme risk to agriculture in 2045, although in these large countries the impacts vary by region.

Meanwhile, Europe accounts for seven of the 10 countries set to see the largest increase in risk by 2045.

“I think what it reinforces is that, even though a lot of us are sort of sitting in sort of Western countries, where we might think we’re a bit more insulated from some of these threats, actually we are not necessarily,” Nichols said. “Both in terms of the sort of physical risks that we’re facing, but also in terms of the kind of knock-on effects down the supply chain.”

Comments will be moderated. Keep comments relevant to the article. Remarks containing abusive and obscene language, personal attacks of any kind or promotion will be removed and the user banned. Final decision will be at the discretion of the Taipei Times.

India’s GDP Growth to be fastest in Asia in FY23: Morgan Stanley

Jane Fonda Swore Off Lovers Prior To Cancer Diagnosis

11 Coffee Gift Ideas For The Holidays And Beyond