In a shocking turn of events, Cora Jade turned on her tag team partner, Roxanne Perez, during the closing moments of the “NXT 2.0.” episode held on 7/12.

Peace Out Wrinkles Microneedling Patches Are ‘The Next Big Thing’ 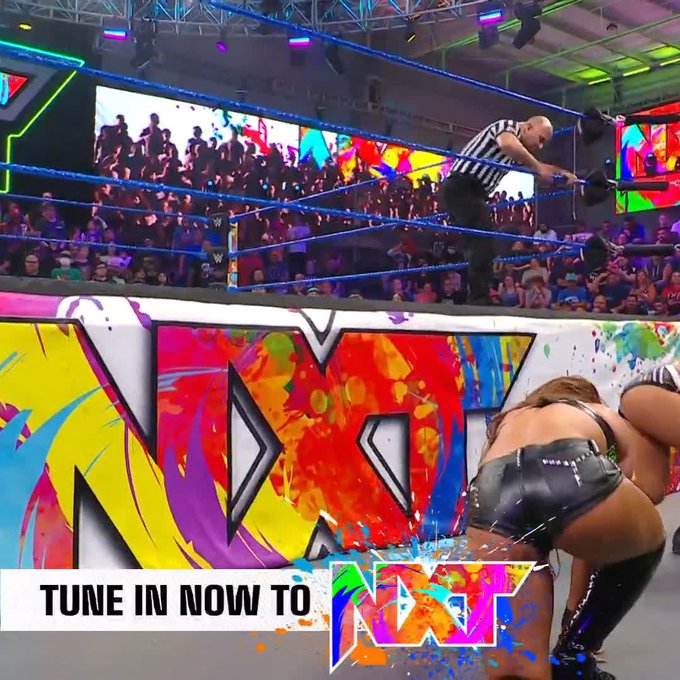 Earlier in the night, Perez was attacked in the parking lot on her way into the building ahead of her NXT Championship bout against champion Mandy Rose. It was presumed that Rose’s Toxic Attraction perpetrated the attack.

Prior to the main event title match, Rose addressed the crowd and said Perez wasn’t woman enough to power through an injury and compete. This led to Jade stepping out and asking Rose to shut the hell up. “Your night isn’t over yet, because they were promised an NXT Women’s Championship match, and that’s exactly what they’re going to get. If Roxanne can’t go, I’ll step in and take that Women’s Championship from you,” Jade told Rose.

Just then, a hobbled Perez showed up and entered the ring for her title match, even as Jade appeared to console her tag partner to let her wrestle Rose instead. Despite her injury, Perez appeared to close in on a victory when she hit Rose with her signature Pop Rocks on the outside. Just as Perez rolled Rose back into the ring, Jade blindsided her partner by attacking her with a title belt. Rose capitalized on Jade’s assistance to score the pinfall victory.

After the match, Jade jumped in the ring and yelled that she was the one who attacked Perez earlier in the night. It would be interesting to see if Jade & Perez are stripped of their WWE Women’s Tag Team Titles due to their split. WWE has yet to provide an update on the future of the titles.

Have a news tip or correction? Send it to [email protected]

Just how ‘Trumpy’ is the Republican Party? Lessons from Republican primaries so far

Angelina Jolie Shows Off Her Dance Moves With Daughter Zahara

Vicki Gunvalson Not A Fan Of Teddi Mellencamp