One thing about hiring from within, it makes for a smooth transition. And a smooth transition is exactly what Marriott Theatre got when longtime associates Peter Blair and Peter Marston Sullivan were named successors to executive producer Terry James and artistic director Aaron Thielen, who stepped down earlier this year after serving the Lincolnshire theater for 40 years and 27 years, respectively.

Both Blair and Sullivan have worked for nearly two decades at the Lincolnshire theater. Their artistic and professional partnership began some 20 years ago when they worked at the now defunct Bailiwick Repertory Theater in Chicago, where stage manager Larry Baker recommended them to Marriott administrators, who hired Sullivan as a production assistant in 2004. Blair was hired for the same job the following year.

Marriott’s legacy and its quality productions appealed to them then and inspires them to this day.

A corporate-owned theater, Marriott relies solely on ticket sales for funding, not grants or donations. That model suited Blair. 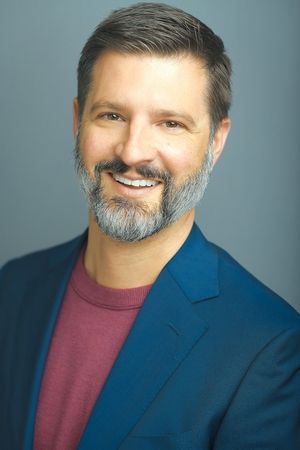 “This is a commercial production house, and that’s where my interest was,” said Blair, who rose through the ranks to become associate producer under James.

Sullivan did the same, serving as the associate artistic director to Thielen. It’s not the first time they’ve worked together in these capacities. Sullivan recalls he and Blair building sets at 4 a.m. at BoHo Theatre, a Joseph Jefferson Award-winning ensemble and a standout on Chicago’s storefront scene. At the time, Sullivan was BoHo’s artistic director, a position he held for nine years. Sullivan told Blair he thought the company could use an executive director.

“He said, ‘sure, why not?'” recalls Sullivan, adding, “I don’t think he knew what he was getting into.”

The company didn’t have much money at the time, but they had ambition.

“We wanted to make great theater and tell powerful stories. It was about creating a positive environment,” he said, one that’s supportive, uplifting and makes people want to come to work.

They’re determined to cultivate the same environment at Marriott. 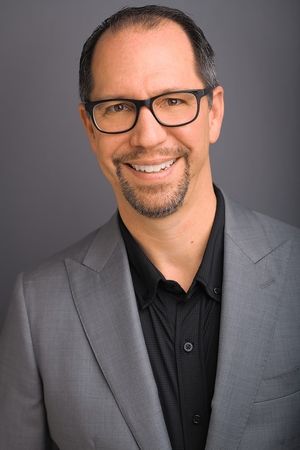 The theater will continue its tradition of staging classic musicals, regional premieres, new works and a robust children’s theater.

Keeping an eye on the future, Sullivan says they’re not reinventing Marriott, just viewing its shows through a new lens, courtesy of new creative collaborators.

“One of our goals is to breathe a little bit of new life into the shows we produce here,” said Sullivan, which means “finding new talent, new leadership, new designers, new actors we haven’t had on our stage before.”

Marriott’s core mission remains the same. From its inception, “it was important to produce the classics people know, remember and love,” Blair said, while also being “first in line for the shows coming from Broadway and launching them into the regional market.”

That’s what tens of thousands of Marriott subscribers have come to expect and Blair and Sullivan intend to deliver.

“We would not still be here without a loyal subscriber base,” Blair said. “We’re fortunate they’ve been so supportive and loyal. The theater wouldn’t exist without them.”

The leadership has changed, but Blair and Sullivan insist Marriott’s commitment to excellence remains.

“The quality (that subscribers) are used to will be the same, if not better,” Sullivan said. “We depend on them, and we want to make sure they’re happy and enjoying themselves.”

TerraPay partnered with NPCI to enable cross-border transactions via UP

9 New Albums You Should Listen to Now: Lizzo, Black Midi, Beabadoobee, Interpol, and...