1. Basic skills poor in Hindi, but poorer in regional languages

2. Rules relaxed for IAS, IPS officers to serve in J&K

4. Relook at fee for 50% seats in private medical colleges

Basic skills are poor in Hindi, but poorer in regional languages

Syllabus: Issues related to the development of the social sector involving education etc

Direction: There are too many data and points. No need to remember those. Just understand the crux of the issues. Q. National Education Policy 2020 is in line with Sustainable Development Goals-4 (2030). It intended to restructure and re-orient the education system in India. Critically examine the statement(UPSC 2020)

With reference to National Education Policy(NEP) 2020, consider the following statements:

Which of the statements given above is/are correct? Betting on green hydrogen to fulfil energy needs is‘ risky’

Direction: Have basic notes on ‘Green Hydrogen’ esp. those giving Mains this time

Context: As per the study published in the journal Nature Energy, Green hydrogen would likely supply less than 1 per cent of final energy globally by 2035.

What is green hydrogen?

Hydrogen when produced by electrolysis using renewable energy is known as Green Hydrogen which has no carbon footprint.

India, being a tropical country, has a significant edge in green hydrogen production due to its favourable geographical conditions and abundant natural resources.

Efforts in this regard:

Hydrogen is an invisible gas. But, then how are they named green, pink and so on? Read here. 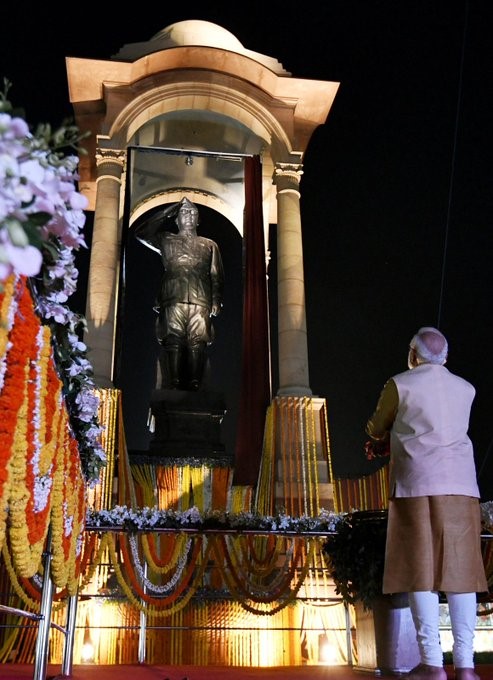 Fazilka district of Punjab has become a trendsetter in expanding forest cover. As of 2021, according to data from the Forest Research Institute, the district had just 1.34 per cent forest cover, one of the lowest in the state.

They launched a pilot project called “My village, My Forest”. The idea was to target an unused one-acre plot of land in Kuharianwali village and develop a “forest” by applying the so-called Miyawaki method. In less than a year, the efforts have borne fruit with the area now full of firm plants such as kachnar, neem, Arjun, Ashok, Jamun, guava and others.

Benefits of this project:

The Miyawaki method, which was devised by Japanese botanist Akira Miyawaki in the 1980s, is a technique to create micro forests over small plots of land. Achieving this goal requires planting a wide variety of plants in a fairly dense manner so that the plot of land has different layers of a forest such as shrubs and canopies and not just trees. Context: On the occasion of releasing the Arabic Version of “Majma Ul-Bahrain” of Dara Shikoh Vice President said that India has a glorious heritage of not only ‘tolerance’ for others’ views, but a unique culture of ‘engagement’ with all views – a culture of pluralism and syncretism.

Majma-ul-Bahrain (which means ‘Confluence of Two Oceans’) throws invaluable light on the similarities between religions and helped bring stronger unity among the people of India.

In this book ‘Majma-ul-Bahrain’, Dara Shikoh listed one by one, all the commonalities between Hinduism (Vedanta) and Islam (Sufism) and came to the conclusion that the difference between Islam and Hinduism is only verbal. Rules relaxed for IAS, and IPS officers to serve in J&K ●        It is a centrally sponsored programme, launched by the Ministry of Rural Development in June 2011.

○        Improved access to financial services for the rural poor households across the country.

●        To reach out to all rural poor households and impact their livelihoods.

Relook at the fee for 50% seats in private medical colleges

Direction: While one cannot remember all the reports by all the bodies. Do keep watching important ones. As for this report, just go through this.

Direction: India has a 2+2 dialogue format with only a few countries. Do know the names of them.

Context: 2nd Indo-Japan ministerial dialogue will be held in Tokyo.

Foreign and Defence ministers of India and its ally (2+2)  meet regularly to understand each other’s strategic concerns and build stronger ties. Context: Supporting Entrepreneurs in Transformation and Upskilling  (SETU) will connect start-ups in India with US-based investors, mentors and leaders.

India ranks globally 3rd in the startup ecosystem and also in terms of the number of Unicorns. As per the latest data, there are currently 105 unicorns.

Context: Government has asked the Reserve Bank of India (RBI) to prepare a so-called approved ‘white list’ of digital lending apps to stamp out those using unethical means to exploit vulnerable customers.

Context: The Ministry of Petroleum and Natural Gas has set up a committee under noted energy expert Kirit Parikh to review the current gas pricing formula.

Consumption of LPG in the country – mainly used as cooking fuel – rose 3.75% in January to a record high of 2.569 million tonnes in January.

The panel has been asked to recommend a fair price to end consumers and also suggest a “market-oriented, transparent and reliable pricing regime for India’s long-term vision for ensuring a gas-based economy”.

“Climate tipping points” are levels of ecological changes, if crossed, could spark a significant change in the way the Earth’s systems operate, affecting oceans, weather and chemical processes, which could be “irreversible” and self continuing even if there is no further warming.

The six tipping points “likely” to be crossed are: Direction: Have a note prepared for NCAP and WHO air quality guidelines (asked last year in Mains)