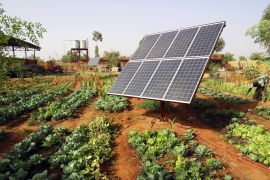 Recently, Mozambique’s growth trajectory has been driven by pandemic-related restrictions, the conflict in Cabo Delgado, extreme damage by tropical storms, and by commodity output and prices. Moreover, the hidden debt scandal in 2016 also impacted external funding in the country. Not all is negative—at the same time, new opportunities in the energy sector are opening doors for an economic boost. More specifically, the country is taking steps into a new direction toward creating an environment that enables private investment in the off-grid sector leading the country towards a more positive trajectory.

Mozambique’s electricity sector has traditionally been state-directed and in the recent years, the energy sector’s efforts have strongly focused on the development of gas reserves in the northern part of the country. It also faces structural challenges such as non-cost-reflective tariffs that limit its ability to direct sufficient investment into increased energy access. The country aims to achieve universal energy access by 2030 and major investments are needed. The important role of off-grid solutions and the private sector in contributing to the national goal of universal energy access is outlined in various sector policies, but the policy environment has not been conducive to this developmental trajectory due to lack of a specific licensing regime.

However, there is a change on the horizon in Mozambique’s model for increased energy access. In September 2021, the Mozambican government approved a new policy regulating energy provision through off-grid solutions. The policy creates an environment that facilitates private investment into energy service provision via mini-grids through a dedicated policy fitted also for smaller installations (through lower transaction costs) as well as opening end-customer energy service provision to private sector players and allowing diversion from the standard national tariffs. The policy offers an improved regime for solar home systems and other standalone energy solutions that are expected to play a key role in energy provision for a significant part of the Mozambican population living in rural areas.

Thus, policymakers intend for the new Regulation on Access to Energy in Off-Grid Zones to mobilize additional funding from donors and crowd in private investment. Providers of development cooperation funds are signaling support for the reform. This new policy will mobilize several existing incentive schemes from international partners, such as the Beyond the Grid Fund for Africa (BGFA) and BRILHO, aimed at supporting private sector energy provision. Moreover, the private sector is ready to co-invest: Application processes for the financing of mini-grid projects under these programs are already in advanced stages.

Notably, the new policy also challenges the Mozambican energy sector public institutions—Ministry of Mineral Resources and Energy (MIREME), the Energy Regulatory Authority (ARENE), and the National Energy Fund (FUNAE)—to adapt to new technologies, financing models, increased knowledge and understanding of the specifics of the rural market, institutional discipline, and coordination to manage a growing number of stakeholders involved in the market. Importantly, practical implementation and enforcement will be key to success, but the details on application procedures, standards, and more detailed requirements of the new regulation are yet to be published.

USAGov’s Guide To Government Benefits During Any Life Event

Many countries looking into off-grid solutions in rural areas will be observing the market response and degree of success of the first phases of implementation. These countries can glean a number of lessons for addressing needs of underserved markets as this reform moves forward. While the sector in Mozambique has suffered from issues of insufficient coordination among state actors and other market players, the key state institutions—namely ARENE, MIREME, and FUNAE—have demonstrated clear commitment to this new vision.

There is also a lot of international support to assist the Mozambican government in the transition process in the form of technical assistance on revision of concession application procedures, tariff models, technology standards, improved management of documentation and application procedures as well as data collection for market learning and energy planning, among other aspects. The government and international development cooperation partners are making efforts to strengthen the capacity of the regulator ARENE in establishing and managing the new processes, to clarify the roles of state institutions in grid expansion and off-grid zones for electrification as well as to establish sector working groups and associations to facilitate a consultation process and sharing of best practices. Increased coordination among state institutions on expansion plans as well as priorities and specific targets of donor programs is equally important for ensuring efficiency and complementarity of planned energy projects.

The policy shift could be a game changer for accelerating improvement of energy access, building trust into the country’s investment opportunities, and increasing foreign direct investment in the country, especially since external funding has notably been absent since the 2016 hidden-debt scandal. Mozambique is signaling here that it is willing to jump over its own shadow and let private investment play a greater role in a way that leads to a more sustainable future. Importantly, Mozambique is facing challenges at the time of implementation—including the recent spike in commodity prices as a result of the Russian invasion of Ukraine—that may weaken the momentum for much-needed reforms. Nonetheless, the pressure for reforms remains strong given Mozambique’s debt burden among others. We hope that the country signals change with its new policy in the off-grid sector. Increased private sector investment in a sustainable future would result in much-needed positive prospects for the country.

No One Deserves the Gift of Style More Than Mom