‘Nightmare Alley’ Bites Off More Chicken Heads Than It Can Chew, but Guillermo del Toro’s Noir Is Too Luscious for Oscars to Ignore 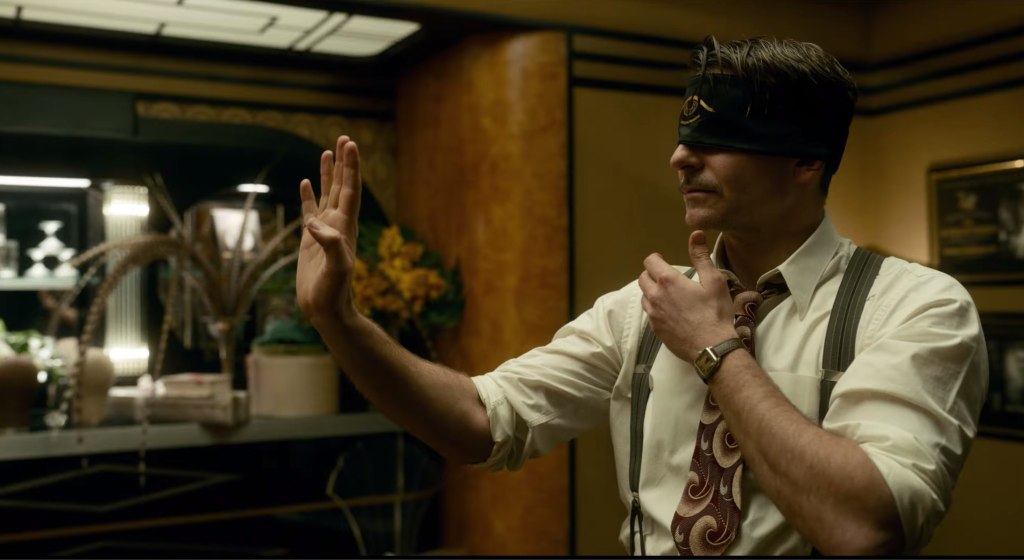 There are two movies within Searchlight Pictures’ “Nightmare Alley.” One makes eight-time nominee Bradley Cooper a long overdue Oscar winner. The other would add another statue to the shelf of visionary director Guillermo del Toro. Depending on which one entices an Academy voter, they could fall for one, both or neither of the options. The darkly complex and gruesome outing may prove to be more difficult for some conservative movie-goers to take in. At minimum, the race for best production design may have just ended tonight.

To be clear, I loved nearly every bit of “Nightmare Alley” and it very well could be the best movie del Toro has ever made. However, my feelings here are irrelevant. The question is will the Academy go for it?

The directing branch, along with the rest of Hollywood adores the essence of Guillermo del Toro. No one makes movies the way he does, and this feels like one of his most audacious outings as a filmmaker, something the Academy likes to recognize.

Cooper, who has another dynamite, albeit very brief turn in Paul Thomas Anderson’s “Licorice Pizza,” is ravishing in the film. The first half presents a more subdued, reserved interpretation before the second half has him providing cinematic evidence that he’s one of our finest actors. It’ll be interesting to see if the acting branch will coalesce around him, to give him his overdue statuette, considering he should already have one for “A Star is Born” (2018).

Right next to him is two-time Oscar-winner Cate Blanchett, shepherding grace and a hypnotic trance that has the viewer hanging on every single word she releases. With another impressive turn in Adam McKay “Don’t Look Up,” she’s another contender in what is easily our strongest field of supporting actress contenders in the last 30 years.

Rooney Mara, reuniting with her “Carol” co-star Blanchett, is wonderful as she tends to be. However, a lead actress campaign was not the correct choice. Positioning Mara in the best actress race seems to be a way to prevent a bottleneck of supporting actress campaigns from the film — especially with the likes of the powerhouse that is Toni Collette, who is always stupendous but too light on screen time.

Four-time nominee Willem Dafoe owns much of the first, while Richard Jenkins makes an indelible impression on the latter, with a nice dose of David Strathairn to sprinkle in. The film doesn’t seem designed to garner any supporting actor attention. If anything, it will just be an added value for the SAG nominating committee to check it off for cast ensemble.

Artisan categories are rich. Production design seems like a slam dunk, while cinematography seems also assured for a mention. The sound design adds to the horror and fantasy world that del Toro creates. Nathan Johnson’s vivid score is lusciously divine and reaps the chords that the music branch tends to love. Editing and makeup are both within reach as well.

Adapted screenplay for del Toro and Kim Morgan should fit in with the writers’ branch’s sensibility for more difficult material. Though the first act of the movie comes to a screeching halt about twenty-five minutes in, the second half inspires a new wave of narrative momentum.

As a fortune teller, you could tell me that “Nightmare Alley” was the most nominated film on Oscar nomination morning. Another clairvoyant could tell me it only lands in one category. I’d believe them both. With biting chicken heads, gunshots to the tie and missing noses, the Academy can choose whatever moves them. Go for it.

Zayn Malik Is So Rich, His Daughter Is Gonna Be Playing With Toys Made of Dollar Bill$

Monkees’ Manager on Michael Nesmith’s Final Months: ‘He Died Knowing They Were Beloved —...

How to Utilize Tech to State Thank You

Your Sex Horoscope for the Weekend