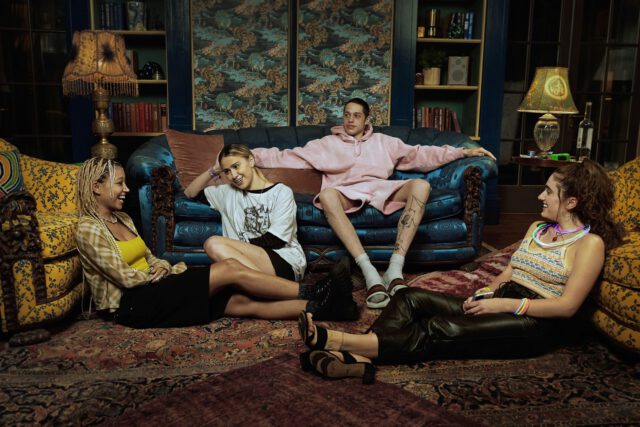 It boy Pete Davidson, Hollywood’s favorite fling, has seemingly started a new romance with his Bodies Bodies Bodies costar Chase Sui Wonders. The pair played a couple in the hit horror comedy—and from the looks of it, the chemistry continued offscreen.

Here’s all the tea on this burgeoning situationship.

December 16: Pete Davidson, Wonders, and their BBB costar Rachel Sennott all catch a New York Rangers game. At this time, Davidson is still linked to newly single model Emily Ratajkowski, months after splitting from Kim Kardashian. A source cites their conflicting schedules as the reason for the split and indicates that it’s all amicable, as the two have “a lot of love and respect” for each other.