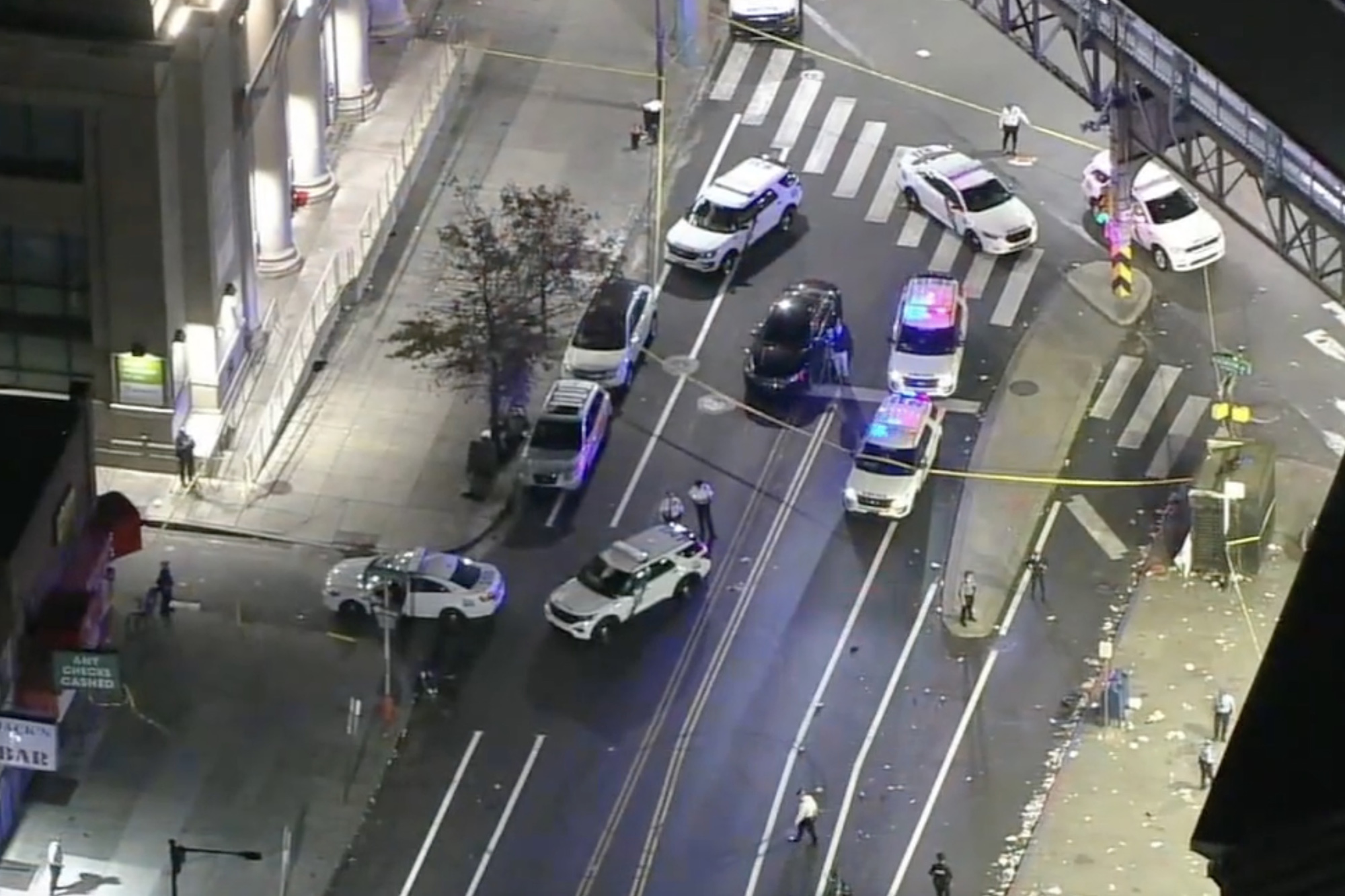 Nine people were shot outside of a bar in Philadelphia Saturday night, according to police.

Multiple gunmen pulled up in a black-colored vehicle near East Allegheny and Kensington Avenues in the city’s Kensington section and opened fire into a crowd standing on the sidewalk around 10:45 p.m., police told WPVI.

The gunmen popped off about 40 shots before fleeing the scene, cops said.

Nine adult victims were taken to an area hospital with gunshot wounds. Two were listed in critical condition and seven others were stable, according to police.

What happened leading up to the shooting wasn’t immediately clear, but First Deputy Commissioner John Stanford with the Philadelphia Police Department said it may have been targeted.

“At this point in time, it just looks like these individuals may have spotted someone they wanted to shoot at, exited the vehicle, and began firing at the group of individuals that were there. We don’t have much more than that in terms of motive,” Stanford said.

DeSantis seeks probe into ‘wrongdoing’ around COVID vaccines in Florida

An obituary for education—or not?