If you’ve waited all year for the return of Starbucks’ Pumpkin Spice Latte, you’re in luck as it returns Tuesday, Aug. 30. Along with it comes the Pumpkin Cream Cold Brew topped with pumpkin cream cold foam and pumpkin spice. And there’s also the slightly reinvented Apple Crisp Oatmilk Macchiato, which this year is a blend of oat milk and blonde espresso garnished with a spiced apple drizzle. Plus, pumpkin flavors return to the bakery in the form of the limited-time pumpkin cream cheese muffin and pumpkin scone. The new owl cake pop, made with vanilla cake and buttercream, joins the bakery lineup, too.

Starbucks has locations throughout the suburbs; starbucks.com/. 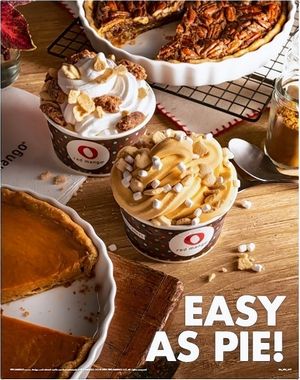 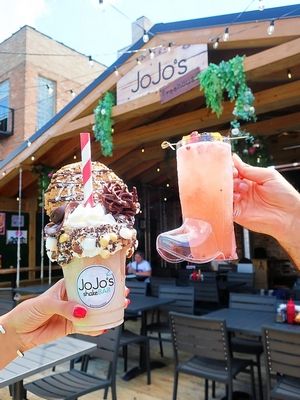 Take a load off at JoJo’s ShakeBAR’s new Wild Wild West experience, which is taking over the treehouse on the second floor of the Naperville location starting Friday, Sept. 2. Besides transforming the space into a country hoedown-type atmosphere (think bales of hay, cowboy boots, etc.), JoJo’s also will be serving up some new drinks, including the Cowboy Shake (chocolate rocky road base garnished with a chocolate-covered potato chip, a chocolate haystack and a cowboy cookie made with oatmeal, coconut and almonds under a chocolate drizzle), the Cowgirl Sangria (pinot grigio and prosecco with lemon, peach, blackberry and orange bitters served in a plastic cowgirl boot) and the Ranch Water (a blend of Calirosa Tequila, TopoChico, strawberry, tajin and lime). Head on over soon as the experience only run through Sept. 25. In time for the start of NFL football, Buffalo Wild Wings has partnered with New York Jets rookie cornerback Ahmad “Sauce” Gardner on the new limited-time Sauce Sauce. The specialty barbecue sauce is a blend of smokey, sweet and spicy flavors. It will be available in BWW restaurants starting Wednesday, Aug. 31, and throughout football season.