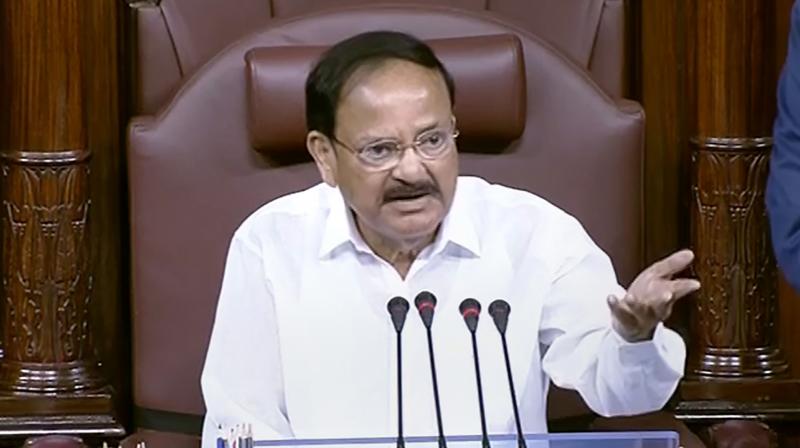 New Delhi: Vice President and Rajya Sabha Chairman M Venkaiah Naidu will be accorded a farewell in the House on Monday with Prime Minister Narendra Modi and other top leaders in attendance.

Naidu demits office on Wednesday and his successor Jagdeep Dhankhar will take the oath of office on August 11.

There will be no sitting of the House on Tuesday and Thursday on account of Muharram and Raksha Bandhan, sources said.

There will be another farewell function for Naidu at the GMC Balayogi Auditorium on Monday evening on behalf of all members of the House.

The prime minister will present a memento to Naidu while the deputy chairman of Rajya Sabha will deliver the farewell address, they said.

A publication chronicling the tenure of Naidu as the vice president and chairman of Rajya Sabha will be released by the prime minister. This will be followed by dinner.

Nude Heels to Wear to Every Fall Wedding on Your Calendar