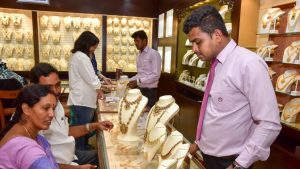 Retail jewellery major Malabar Gold and Diamonds has become the first jeweller in India to import 25 kg gold under the Comprehensive Economic Partnership Agreement (CEPA) between India and the UAE. The gold has been imported through ICICI Bank with one per cent duty rebate under the agreement. The group has effectively utilised the duty benefits of the agreement both in import and export for the first time in India. The Company has also been among the first few jewellers to receive permission to export jewellery to the UAE with tax concessions under this agreement in May 2022.

About Comprehensive Economic Partnership Agreement between Indian and UAE:

On February 18, 2022, India and the United Arab Emirates (UAE) inked a trade pact, the Comprehensive Economic Partnership Agreement (CEPA) during a virtual summit led by Prime Minister Narendra Modi and Crown Prince of Abu Dhabi Sheikh Mohamed bin Zayed Al Nahyan. The agreement came after a fast-tracked three-month negotiation between the Indian and the UAE teams. India has been part of global trade organisations like the WTO but this latest trade pact is unique and has broader implications.

How to Love People Who Love Conspiracies