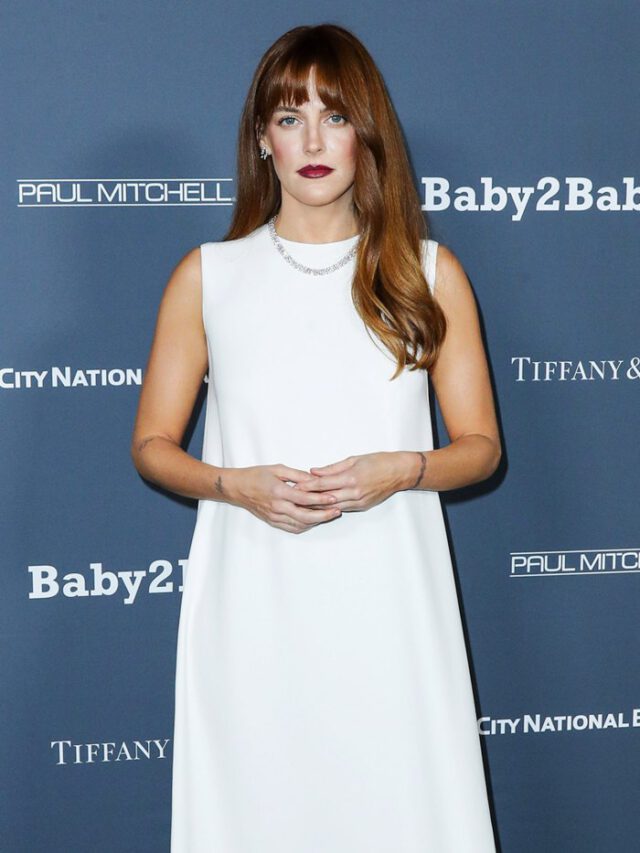 “I feel blessed to have a photo of the last time I saw my beautiful mama,” the Daisy Jones and the Six actress, 33, wrote via Instagram on Tuesday, January 24. “Grateful @georgieflores took this.”

The photo was taken on January 8 at Formosa Café in West Hollywood. They celebrated what would have been the “Jailhouse Rock” singer’s 88th birthday with Elvis director Baz Luhrrman and star Austin Butler.

Lisa Marie died four days later on January 12, hours after Us Weekly confirmed that the “Lights Out” songstress was hospitalized for cardiac arrest. She was 54.

The late singer is survived by her mother, Priscilla Presley, and half-brother Navarone Garibaldi as well as three children and one grandchild. Lisa Marie shared Riley and son Benjamin with ex-husband Danny Keough, to whom she was married from 1988 to 1994. (Benjamin died by suicide at age 27 in July 2020.) She welcomed twins Harper and Finley, 14, with ex-husband Michael Lockwood, to whom she was married from 2006 to 2021. She also became a grandmother before her death when Riley and husband Ben Smith-Petersen welcomed their daughter, whose birth they revealed during the Graceland memorial service.

Smith-Petersen, 31, stepped up to the podium on his wife’s behalf on Sunday, January 22.

“A letter to my Mama,” the stuntman said while reading Riley’s note during the Sunday, January 22, service. “Thank you for being my mother in this life. I am eternally grateful to have spent 33 years with you. I’m certain I chose the best mother for me in this world and I knew that as far back as I can remember you.”

The Australia native continued: “I remember how safe it felt to be in our arms. I remember that feeling as a child and I remember it two weeks ago on your couch. Thank you for showing me that love is the only thing that matters in this life. I hope I can love my daughter the way you loved me, the way you loved my brother and my sisters.”

The actress’ rep confirmed that Riley and Smith-Petersen secretly welcomed a baby girl before her mother’s passing.