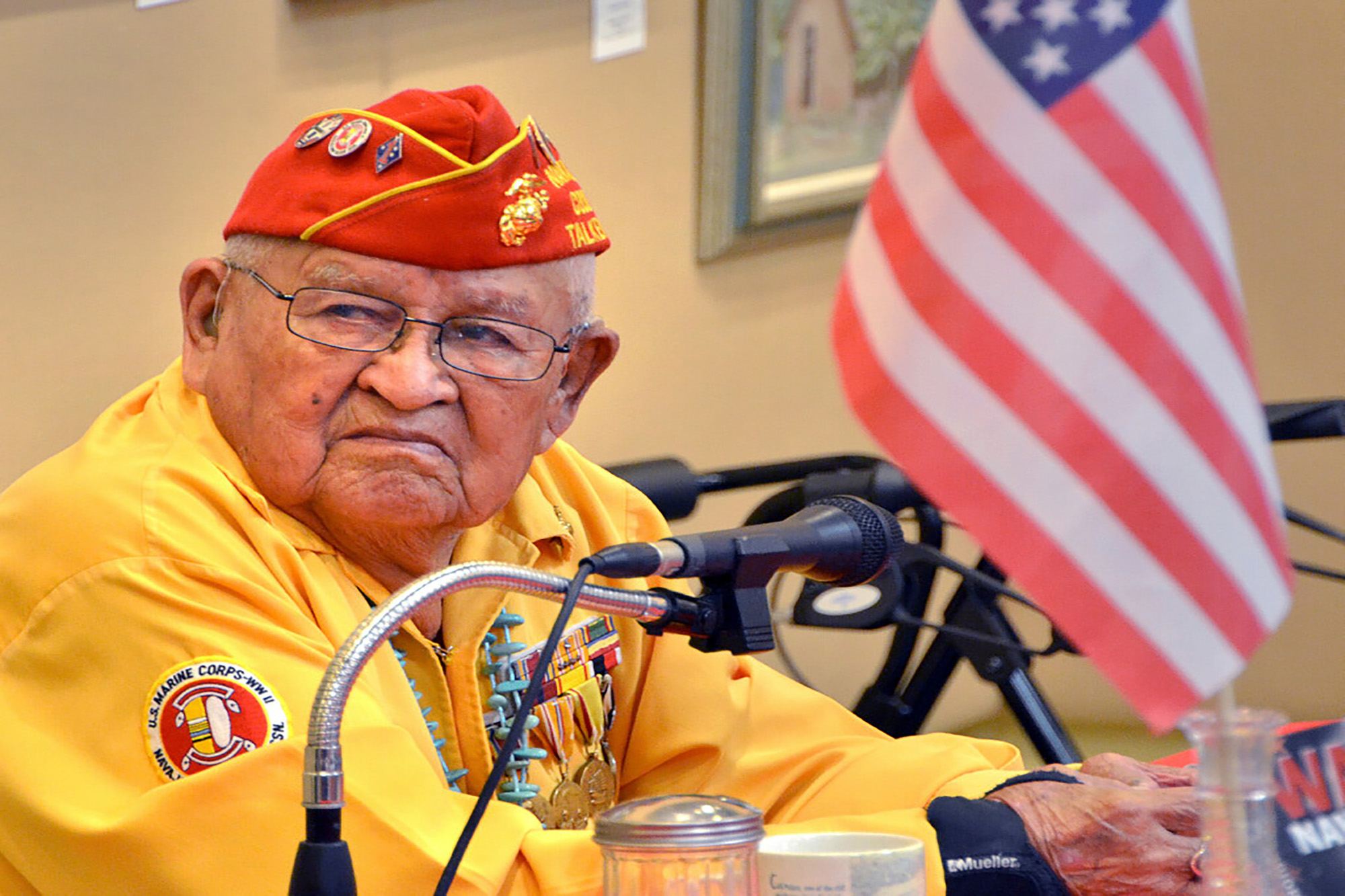 Samuel Sandoval, one of the last members of the Navajo Code Talkers who encrypted critical U.S. messages during World War II, has died at 98.

Navajo Code Talkers famously used language based on the Navajo Nation’s native tongue to transmit messages regarding Japanese troop placements and movements during U.S. Marine assaults throughout the Pacific. The Navajo language was unwritten at the time and U.S. enemies had virtually no means of deciphering the code.

Sandoval was among four remaining code talkers still alive today, from the hundreds who had been recruited during the war. The three others who are living include Peter MacDonald, John Kinsel Sr. and Thomas H. Begay.

Sandoval’s wife, Malula, announced his death to the Associated Press on Saturday. He died at a hospital near his home in New Mexico.

“Sam always said, ‘I wanted my Navajo youngsters to learn, they need to know what we did and how this code was used and how it contributed to the world,’” she said Saturday. “That the Navajo language was powerful and always to continue carrying our legacy.”

Sandoval’s death comes roughly a month after the U.S. lost its last Medal of Honor recipient from World War II.

Hershel “Woody” Williams, 98, was the last of the 473 American service members who received a Medal of Honor in WWII. Williams spent his final days with family at a hospital in his home state of West Virginia.

Williams last appeared in public on Memorial Day, where he participated in a veterans’ event in Huntington, West Virginia. He remarked to local media at the time that the event gave him hope for a resurgence of patriotism in the U.S.

“I’ve been at this probably 25 to 30 times, but I believe today we had more honor wreaths than we’ve ever had before, and that’s encouraging,” Williams told WSAZ. “It gives me encouragement that we’re coming back and that we will again be that United States of America that had so much patriotism and love of country.”

New Telangana Secretariat complex to be named after B.R. Ambedkar