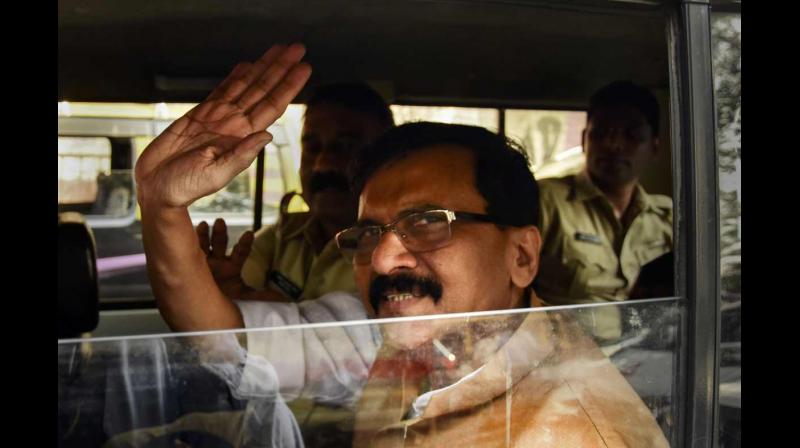 Shiv Sena (Uddhav Balasaheb Thackeray) leader Sanjay Raut leaves after being produced at a court, in Mumbai, Wednesday, Nov. 9, 2022. Raut was on Wednesday granted bail in a money laundering case linked to alleged irregularities in the redevelopment of ‘Patra Chawl’. (Photo: PTI)

He was arrested on August 1 by the Enforcement Directorate (ED) in connection with the money laundering case related to a housing project in suburban Goregaon.

Sophie Turner Shares Unseen Pics From Pregnancy With Baby No. 2

At around 5 pm, Raut’s legal team dropped his bail order into the Arthur Road jail box and at about 6.50 pm, the Shiv Sena (UBT) leader stepped out of the prison, where he had spent more than three months.

A large number of supporters of the Rajya Sabha member, who had assembled outside the jail, burst into celebration as soon as he walked out of the jail and raised slogans hailing him. Firecrackers were set off near the jail in central Mumbai by Raut’s supporters.