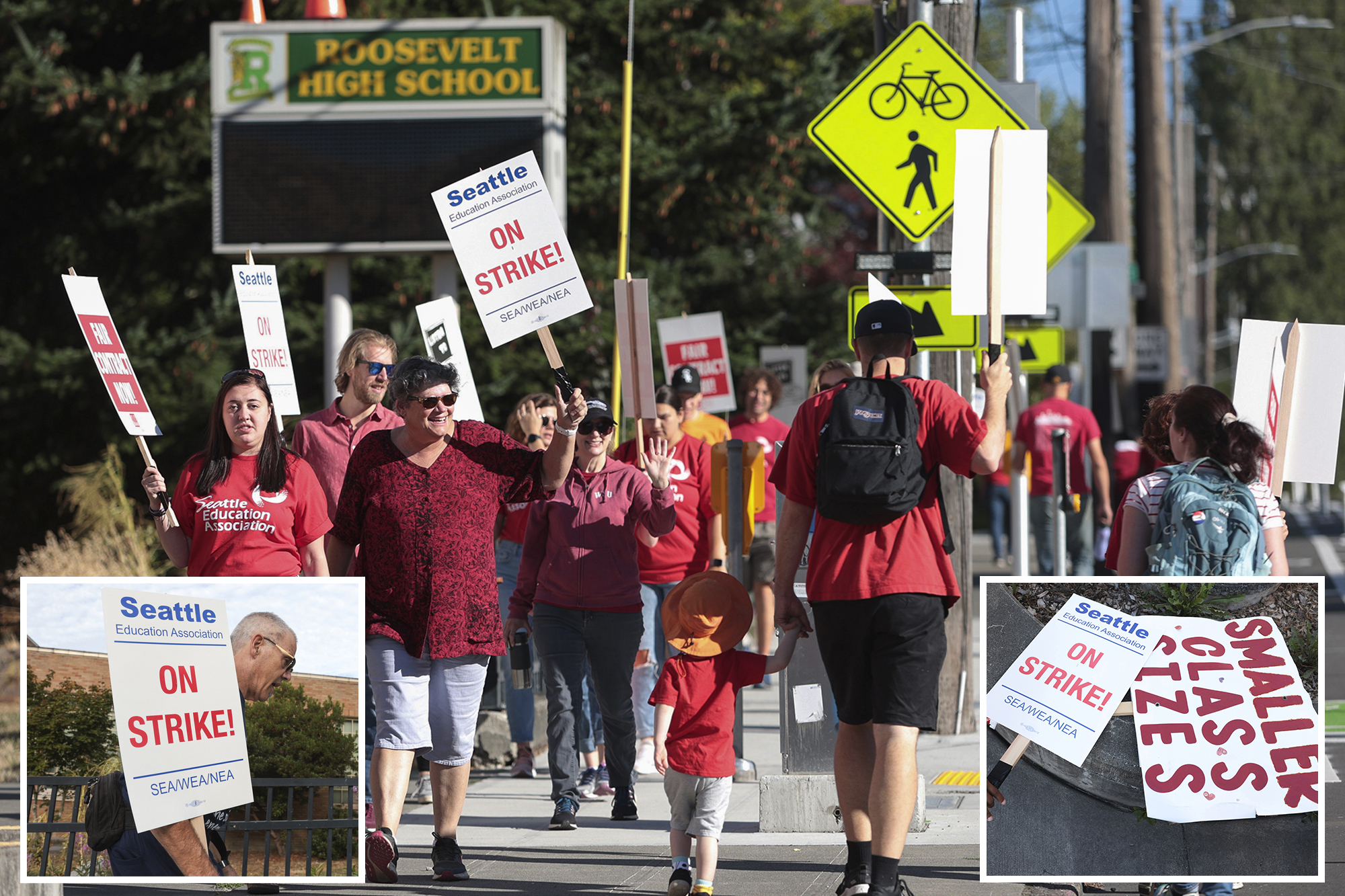 Public school classrooms across Seattle are empty Wednesday on what was supposed to be first day back for students as a teachers union strike is now resulting in lost learning time for the city’s youth.

The Seattle Education Association (SEA) says teachers will head to the picket lines this morning after 95% of the voting members authorized going on strike. The union is seeking pay increases and district policies to cap employee workloads.

“Seattle Public Schools will not start school as planned on Wednesday, Sept. 7, because of a planned work stoppage by Seattle Education Association,” the district said on its website. “Seattle Public Schools respects our educators and staff. We are optimistic the bargaining teams will come to a positive solution for students, staff, and families.”

In a video message, Superintendent Brent Jones said “seeking agreement should not result in extra stress for our students, families, staff and community.”

“The weight and responsibility of starting this year without delay is felt by both bargaining teams,” he added.

The strike was set to begin around 7:30 a.m. with SEA members picketing in front of the schools in which they work.

Harry Styles, Florence Pugh ‘With You All the Time’ Lyrics:

“Our SEA Bargaining Team is working this morning!  We are dedicated to coming to an agreement that meets students’ needs,” the SEA posted on Facebook Wednesday morning alongside a picture of eight members inside a room with desks.

Fox News Digital has reached out to the SEA for further comment.

There are 6,000 members of the SEA and just under 50,000 students in the district. It is the biggest school district in Washington state, and teachers there last went on strike in 2015.

“No one wants a strike,” SEA President Jennifer Matter said in a virtual message posted to social media. “SPS has given us no choice because, again, we can’t go back to the way things have been, and we need to fight for something better.”

The district said the union rejected a memorandum of understanding, which would have allowed school to start on time while negotiations continued between the groups.