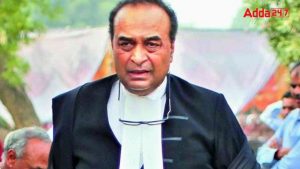 Senior Advocate Mukul Rohatgi is set to be appointed the 14th Attorney General for India again after KK Venugopal vacates the post. This will be Rohatgi’s second time as AG, after his first stint between June 2014 and June 2017. At the end of June this year, AG Venugopal’s tenure was extended for a period of three months or “until further orders”. This extension is set to expire on September 30.

Rohtagi will take the seat of the country’s top law officer from 1st October. People aware of the matter said Rohatgi gave his consent for assuming the top post last week following a request from the Prime Minister’s Office (PMO). Rohatgi was Attorney General for the Bharatiya Janata Party-led National Democratic Alliance government between 2014 and 2017, soon after the new dispensation took over.

About the Mukul Rohatgi:

Matthew Perry Gets Candid About His ‘Darkest Days’ On Book Tour