Asked about Lorca, the nonbinary character she plays in The Artistic Home’s world premiere of “Malapert Love,” Jenna Steege Ramey describes the character as a legendary swordfighter who is a cross between Zena, Warrior Princess, and a queer Zorro.

“I’m having a great deal of fun with that idea,” said the Crystal Lake native, who watched “Wonder Woman,” “The Princess Bride” and Monty Python episodes and channeled her “inner Michelle” to prepare for her role in Siah Berlatsky’s play, whose title translates from 15th-century English as “impudent love.”

“It’s a queer romantic comedy in the style of Shakespeare. What’s most beautiful is the play shows a world where queerness is not the obstacle to love,” said Ramey. It’s an inclusive view of love “where love happens to everyone, regardless of the body they were born into.” 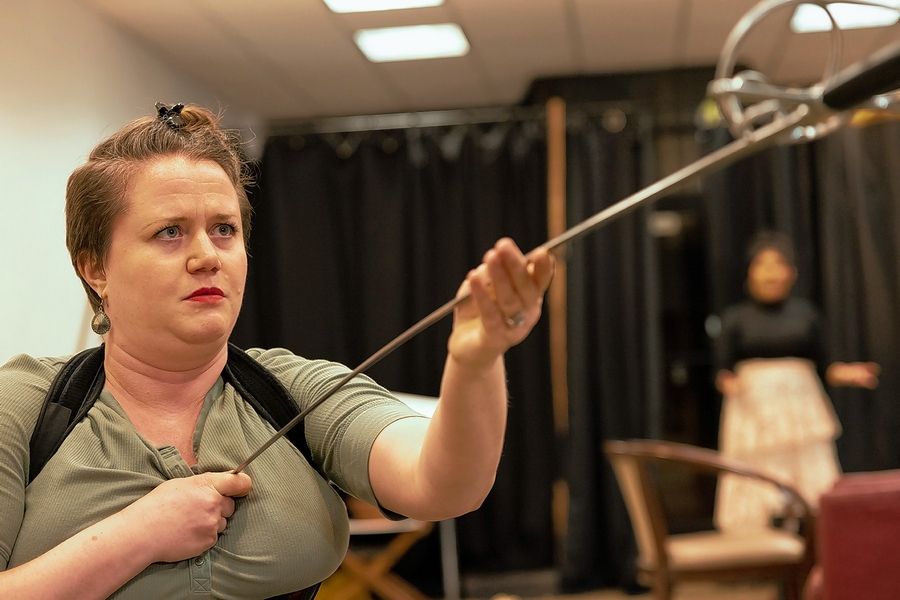 The message is “love can happen anywhere, to anyone, whether we’re ready for it or not,” said The Artistic Home veteran, who has also worked with The Annoyance and io theater and is a founding member of the all-female musical improv group Stacked. “We don’t control who we fall in love with or how we fall in love, and that’s part of the adventure of falling in love.”

For Emilie Rose Danno, who played leading roles in Metropolis Performing Arts Centre’s “Avenue Q” and “Little Shop of Horrors,” “Malapert Love” marks the first time in four or five years that she is performing in a show that isn’t a musical. It also marks the Glen Ellyn native’s first Artistic Home role after understudying the lead in the company’s 2021 production of “Eurydice.”

Danno, 27, plays Esperanza, a maid involved in one of several romantic triangles involving characters rebelling against gender norms. Like Ramey, what most impresses her about Berlatsky’s play is that “in this world it’s not a big deal that people love someone of the same sex or people who are nonbinary.”

There are a lot of monologues about love, she said, and about how people don’t have much control over it.

“The language in this show is very rich,” she said. “Siah did a remarkable job … of really playing with the tropes of Shakespeare to make interesting, well-rounded characters that have a great deal of nuance to them.”

She says audience members don’t have to be aficionados to enjoy “Malapert Love,” but says the play includes allusions “that will delight the most ardent Shakespeare fan.”

“The English professor will be delighted as well as the novice,” she said, laughing. 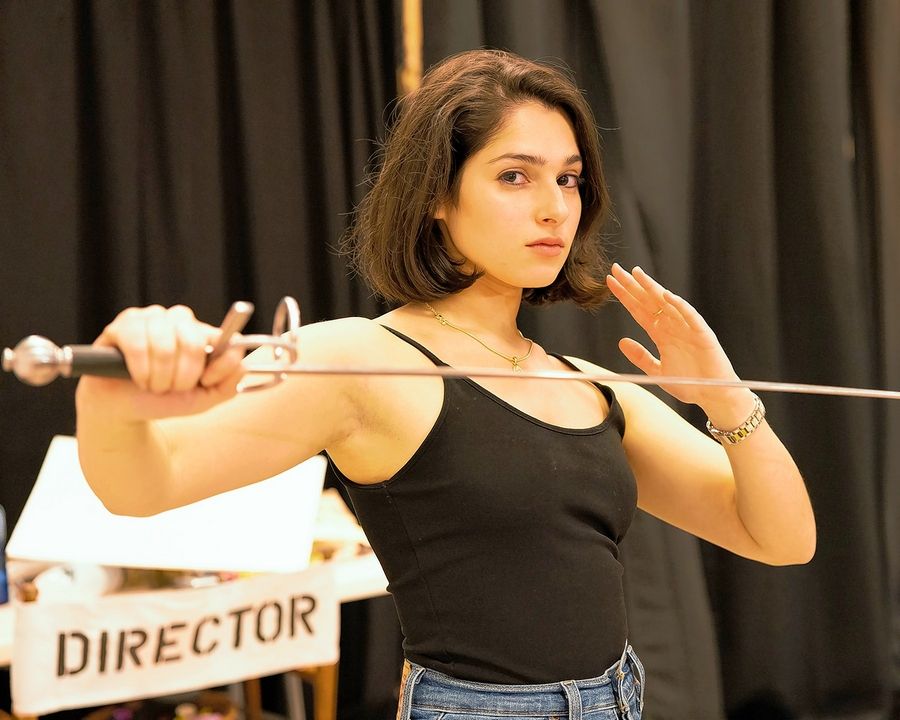 “If we do our job well, people will understand and be able to follow (the story),” adds Danno.

She says helping create a new work is a challenge, but it’s also a gift to not have a blueprint and have a chance to work so closely with the playwright.

“It’s a good story. It will resonate,” she said, “and it’s written in such a fun way. That excitement fuels us.”

“We get to originate characters, breath life into them and have access to the author to bring that vision to life,” she said. “I love certain franchises as much as the next person, but it’s rare to watch something that’s entirely original and to be part of that.”

Woman lured man into ambush with promise of ‘sexual favors’

6,000 Athletes to Participate in 27 sports in Khelo India Youth Games

Canada Goose Gets Into the Resale Game – WWD

Canada Goose Gets Into the Resale Game – WWD