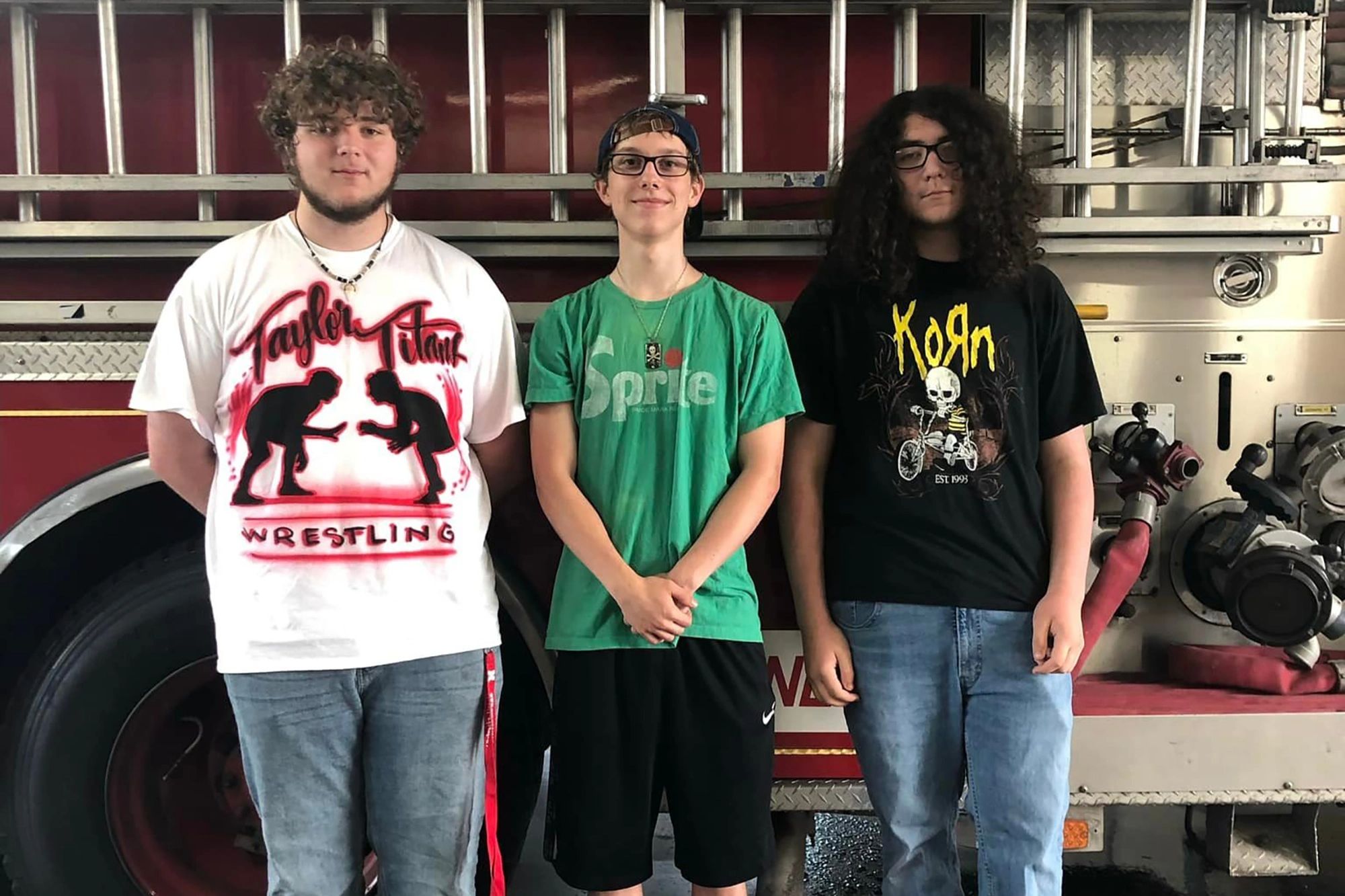 Max Campbell and brothers Alex and Julian Lindley, all students at Taylor High School, were dropping off a friend when they saw the fire early Thursday. They immediately knocked on the door.

“They didn’t believe us at first,” Alex told the Kokomo Tribune. “They thought we were pranking them. And we were like, ‘Dude, your house is on fire.’ … The fire was spreading quickly, too.”

“Houses can be fully involved, and because of trees and things like that, you may not even notice it,” Frazier said. “So the fact that those boys were able to pick out that it was on fire, stop, initiate 911 and get us on our way and also try to go get those people out of the house — that says a lot about them.”

The cause of the fire was under investigation.

“It’s just one of those things that there can’t be any hesitation in a serious situation like that because when there’s hesitation, that’s when things go from bad to worse,” Max said. “We just happened to do the right thing at the right time.”

Chris Lane Dishes On Baby No. 2, Reveals How Lauren Is Feeling

Olivia Rodrigo Hair: She Uses These Under-$16 Brushes From Amazon

Why I Moved to New York (in a Global Pandemic)