The idea isn’t an uncommon one for a major franchise based on known intellectual property, but for an independent horror that hadn’t shot a single frame, it was bold, to say the least. It wouldn’t be a sequel either, but a prequel about Pearl in her youth.

“I’m like, well, they’re never going to go for THAT,” West said last week at the Venice Film Festival. To his immense surprise, however, they did.

The result, “Pearl,” which had its premiere in Venice and opens in theaters nationwide on Friday, drops in on its title character as a teen in 1918. She dreams of being in the movies but is tethered to her family’s Texas farm, with her strict, German mother and ailing father, until she gets a morsel of hope in an upcoming audition for a dance company.

“I just had this interest in making, for lack of a better term, a children’s movie that has a more demented adult story to it,” West said, seated beside Goth in a cottage at the Albergo Quattro Fontane on the Lido. 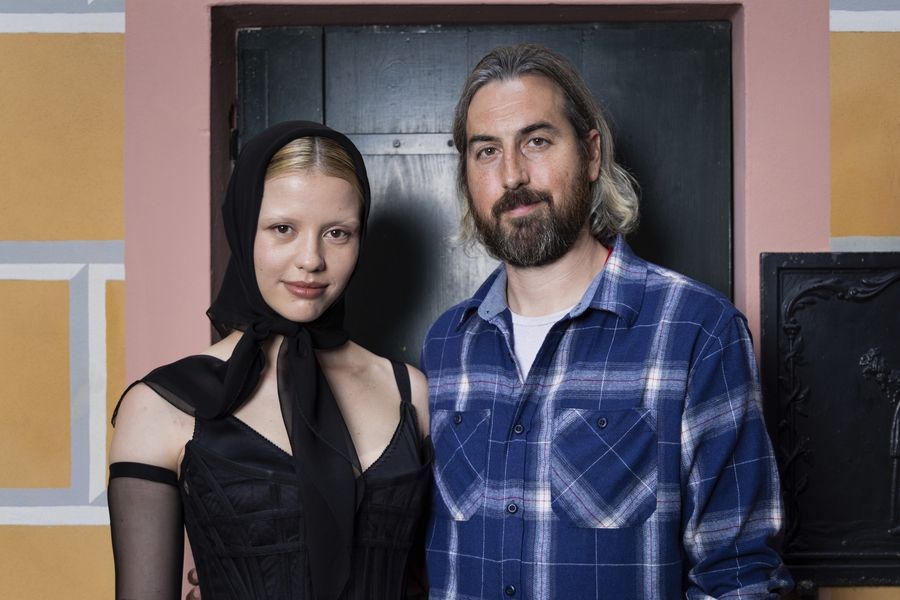 Mia Goth, left, and director Ti West pose for portraits to promote the film “Pearl” during the 79th edition of the Venice Film Festival in Venice, Italy.
– Associated Press

Goth, in a stylish and severe black corset ensemble, looks worlds away from the wide-eyed farmgirl with a pitchfork and a dream she portrays in “Pearl.”

The film is a candy-colored ode to technicolor classics of Hollywood’s Golden Age, from “The Wizard of Oz” to “Singin’ in the Rain” but with carnage and blood. Touchstones ranged from Disney cartoons to Max Ophuls.

There was a “cheaper” version that West was willing to make, which would have been shot in black and white, paying homage to the films of Ingmar Bergman, but A24 had just come off of “The Lighthouse” and there were a few other black and white projects floating around, and the studio encouraged the colorful version.

“There was an interesting movie there” he said. “Either way, it was going to be a rich cinematic pastiche. I said, ‘I’m just offering a cheaper version.’ And they were like, ‘No, no, no. Make the better version.'”

Who Is Emily Ratajkowski’s New Man, Orazio Rispo? Get To Know The DJ

Goth even got a co-credit as a screenwriter, which was a new experience for the “Suspiria” and “High Life” actor.

“I’d never really considered writing scripts of my own,” Goth said. “I didn’t know if I would be able to help or contribute in any meaningful, worthwhile way.”

But she accepted the challenge. For her writing sessions, Goth would set a timer and jot things down in a stream of consciousness that she’d then send to West to format. 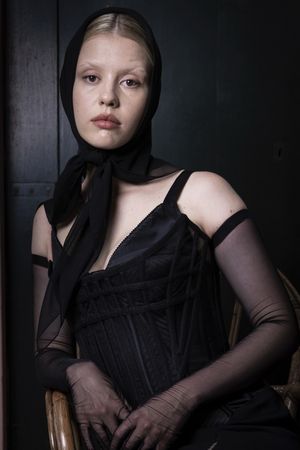 Mia Goth, star of “Pearl,” tried something new for this movie, earning a co-writing credit for the screenplay.
– Associated Press

“To me, she was just someone who was very ambitious and was likely just at the wrong place in the wrong time,” Goth said. “I think had she had better opportunities presented to her, life would have turned out very differently.”

Working on the script ultimately helped her feel more connected to the words on the page, which came in handy for the big finale: An emotional seven-minute monologue from Pearl that West wanted to shoot in one take.

“That was our last day of shooting,” Goth said. “It was a lot of pressure because I knew that Ti wanted to do it in that one take. I didn’t want to mess up or to stumble over my lines. And I never went to drama school. It’s like not studied. I didn’t have like an approach to tackling something like that.”

But she needn’t have worried. They did it a few times and were finished before lunch, which is almost unheard of for 12 pages of script.

The films have even taken on a meta quality, allowing them to explore and comment on the way cinema affects people.

“There’s the sort of ambition and the dreamlike quality of it and the wonder of it all. But what comes with that is also sometimes you’re the person who doesn’t get the part,” West said. “When your life and dreams are attached to that, it’s heavy, you know?”

The world of “X” and “Pearl” is expanding too. This week, A24 announced that there would be a third film, a finale, called “MaXXXine” set in 1985.

“We catch up with Maxine after ‘X,'” West teased. “I have to be a little tight lipped after that.”